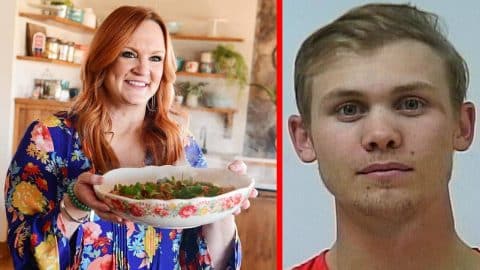 On April 17, 2021, Caleb Drummond – the nephew of celebrity chef Ree Drummond – was arrested on suspicion of driving under the influence.

Police officers found him asleep in his vehicle with guns and an open container of alcohol, TMZ reported. According to The New York Post, “Cops say he dozed off in his car, which smelled like alcohol, and had ammunition and a 9mm handgun.”

He was booked into the local jail, where his mugshot was taken. He has since been released but not before news sites got ahold of the story.

Now almost two months later, TMZ is reporting that he is officially being charged with a DWI.

Ree Drummond, also known as “The Pioneer Woman,” has not commented on Caleb’s initial arrest or his current charge. The arrest came about a month after Caleb and Ree’s husband Ladd were in a head-on collision, which sent both to the hospital. Ladd ended up breaking his neck and Caleb was in critical condition after being ejected from the vehicle and thrown 70 feet.