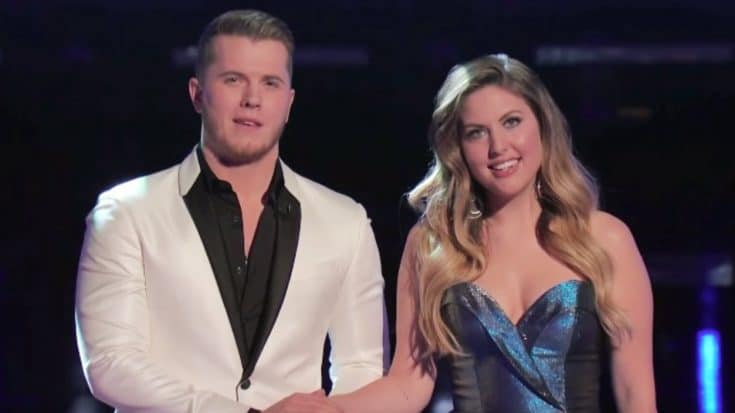 How Much Do Competition Winners Really Earn?

In May, then-18-year-old Laine Hardy was crowned the winner of the 17th Season of American Idol.

Fans who had followed the “Bayou Boy” were curious to know what the win meant for him, or more specifically, what was his prize?

Prior to Hardy’s big win, The Blast published a report revealing that whoever won Idol that season would take home $250,000 and earn a recording contract with Hollywood Records.

Additionally, The Blast stated that Hardy will be paid $1,000 per week while he is recording his first album, and $1,000 per master track he turns in.

Longtime fans of the singing competition series may notice that Hardy’s cash prize seems lower than the one given to past contestants. And that’s true…

A report published by People after Carrie Underwood won Idol in 2005 reveals the “Before He Cheats” singer took home a $1 million prize, a recording contract, a Ford Mustang, and the use of a private jet.

But one singing competition series that has never changed its cash prize is The Voice. So that means that its reigning Season 16 champion, Team John‘s Maelyn Jarmon, will earn the same amount of money that Javier Colon earned as the winner of Season 1.

Before we talk about Jarmon’s cash prize, let’s break down the other winnings she earned.

Jarmon and the other finalists, Andrew Sevener, Dexter Roberts, and Gyth Rigdon (all of Team Blake), all received a special and unexpected prize. The four were gifted a Toyota RAV4, which was announced live by host Carson Daly during the finale.

On top of the new car, Jarmon also got to take home The Voice‘s signature V-shaped trophy.

WHAT?!?!?! I am in shock right now. Thank you thank you thank you, America. I’m so overwhelmed and beyond grateful. Thank you to my amazing coach, @johnlegend, who guided me through this process. You’ve been absolutely incredible. Thank you for challenging me, picking amazing songs for me and for being a wonderful human. Thank you to the crew and producers of @nbcthevoice. This was an unforgettable experience and you all made it so much easier for us contestants. Thank you to everyone who voted and streamed my songs. I would not have won this without you. I’m eternally grateful and I can’t WAIT to get to work. Much love! Xx #teamlegend #teammaelyn #thevoice

As the show’s winner, Jarmon also earned a recording contract with Universal Music Group, and will get the chance to receive royalties from the songs she records.

How Many Dollar Signs Will She See?

But how much cash did Jarmon receive upfront as a new Voice winner? It turns out that her cash prize is even less than the one that Hardy received on Idol. Jarmon, and all Voice winners before her, have earned $100,000 for winning the show.

That may not seem like a lot of money for winning a show as big as The Voice, but the winners are always grateful for it. Chevel Shepherd, who won the season prior to Jarmon’s, told People she planned to buy a car with part of her prize.

But since Jarmon was already given a car, she’ll likely save her cash prize for something else!

It still may be a little while before Jarmon is able to release new music. Until then, fans have her original song “Wait for You,” to enjoy, which she debuted on the first night of the finale. You can watch her perform it below.

Congratulations to Jarmon and her coach on the win!