Remember When Dolly Stopped Kenny From Giving Up On “Islands In The Stream?”

By Manly Bryant on August 19, 2020
Advertisement 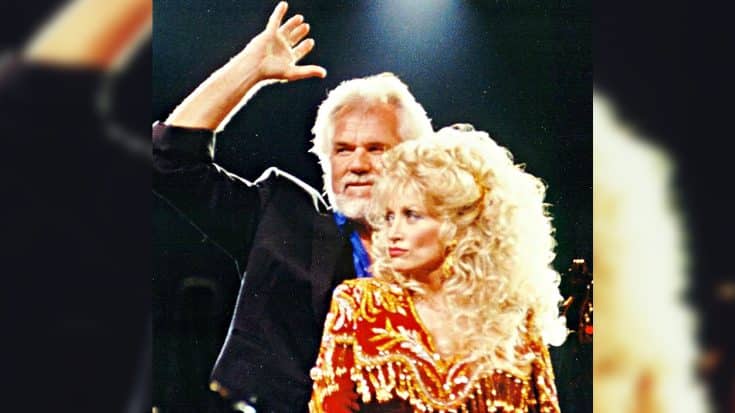 Without Dolly Parton, the chart-topping duet “Islands in the Stream” may have never happened.

Kenny Rogers had been trying to record the song for days and was at the point that he didn’t even like the song anymore. He was even considering passing on it when the songwriter Barry Gibbs suggested that what the song needed was Dolly Parton.

In a 2013 interview with Taste of Country, Kenny revealed how the duet ended up happening, saying:

“ I don’t even like this song anymore.” And he said, “What we need is Dolly Parton.” And my manager said, “I just saw her downstairs.” So I said, “Go get her and bring her back.”


Dolly joined them in the recording studio and Kenny admitted the song was “never the same.” She brought the song to life, and they became good friends from that point on.

“Islands in the Stream” was the first single released off of Kenny’s album Eyes That See In The Dark in August 1983. It instantly became a worldwide hit, topping the charts in multiple genres across the world. It was certified Platinum by the Recording Industry of America for selling over two million physical copies in the United States and has been named one of the best country duets of all time.

Kenny and Dolly recorded several songs together, including the Christmas album, Once Upon A Christmas in 1984, and the 2013 single “You Can’t Make Old Friends.”

Watch Kenny and Dolly reunite in 2005 to perform “Islands in the Stream” on the CMT special CMT 100 Great Duets below.