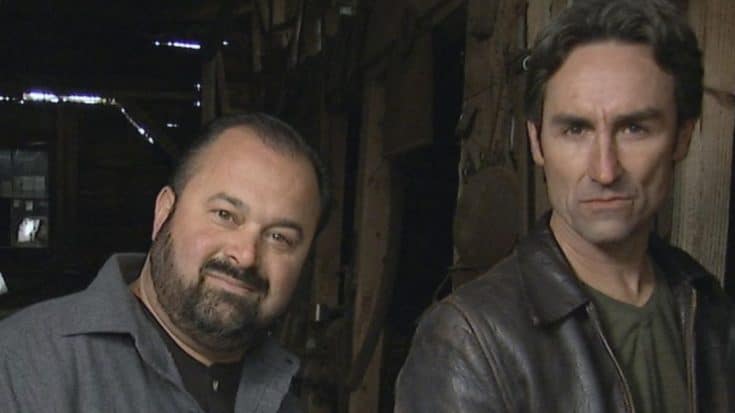 Mike Wolfe, who co-starred alongside Fritz until 2021, shared the news of his friend’s stroke on social media and asked fans for prayers.

“I have been very private in the past year in regards to Franks life and the journey he’s been on. There has been lots of opinions in regards to mine and Frank’s friendship and the show but now is not the time to set the record straight. Now is the time to pray for my friend,” Wolfe captioned a photo of Fritz. “Frank has suffered a stroke and is in the hospital. Please keep him in your hearts and thoughts.”

No updates about Fritz’s condition have been posted by Wolfe or the 56-year-old’s family since. But, on Monday (July 25), a rep for Wolfe made a statement to PEOPLE indicating that Fritz has a long road of recovery ahead of him.

“We asked that everyone keeps Frank and their thoughts and prayers,” Wolfe’s representative told PEOPLE. “The most important thing is that we allow him time to heal and giving [sic] him the space to do so.”

American Pickers premiered on the History Channel in 2010 and followed Fritz and Wolfe around the country as they searched for antiques and collectibles.

The show aired for 22 seasons with Fritz’s last episode airing in March 2020. The History Channel announced his official departure from the show in July 2021. Following Fritz’s exit, Wolfe issued a statement wishing his friend well.

“I have known Frank for as long as I can remember, he’s been like a brother to me,” Mike Wolfe said in a statement. “The journey that Frank, Dani (Danielle), and I started back in 2009, like all of life, has come with its highs and lows, blessings and challenges, but it has also been the most rewarding. I will miss Frank, just like all of you, and I pray for the very best and all good things for him on the next part of his journey.”

Fritz’s departure from American Pickers was blamed on a rift between him and Mike Wolfe that happened to coincide with the pandemic. In July 2021, Fritz told The Sun, “I haven’t talked to Mike in two years. He knew my back was messed up, but he didn’t call me up and ask how I was doing. That’s just how it is.”

Later in July, he shared an update with The Sun saying that he would be checking into a rehabilitation center for alcohol abuse after being fired from American Pickers. He also shared that he hoped to return to the series, but the History Channel “hadn’t given him a definite answer.”

We wish Frank Fritz a full and speedy recovery from his stroke.