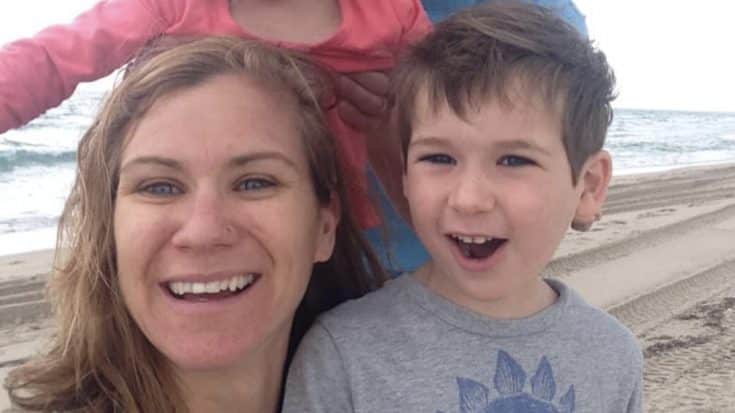 The Kennedy family is mourning the loss of two of their family members after a tragic canoeing incident in Chesapeake Bay. 40-year-old Maeve Kennedy McKean, the granddaughter of Senator Robert F. Kennedy, and her son Gideon went missing late Thursday afternoon after they took a canoe to retrieve a ball that had gone into the bay.

The McKean family left their home in Washington D.C. to self-quarantine at Maeve’s mother’s home on the Chesapeake Bay. According to Maeve’s husband David, Maeve and Gideon were playing kickball behind the house when one of them kicked the ball into the water.

“The cove is protected, with much calmer wind and water than in the greater Chesapeake. They got into a canoe, intending simply to retrieve the ball, and somehow got pushed by wind or tide into the open bay,” McKean wrote. “About 30 minutes later they were spotted by an onlooker from land, who saw them far out from shore, and called the police. After that last sighting, they were not seen again. The Coast Guard recovered their canoe, which was capsized and miles away, at approximately 6:30 [Friday] evening.”

McKean’s husband, David, shared a heartfelt post to Facebook saying that despite efforts to rescue Maeve and Gideon, the decision was made to suspend rescue efforts.

“…the decision has now been made to suspend the active rescue effort. The search that began yesterday afternoon went on throughout the night and continued all day today,” David McKean wrote. “It has been more than 24 hours, and the chances they have survived are impossibly small. It is clear that Maeve and Gideon have passed away.”

“With profound sadness, I share the news that the search for my beloved daughter Maeve and grandson Gideon has turned from rescue to recovery,” Townsend said in a statement. “My heart is crushed, yet we shall try to summon the grace of God and what strength we have to honor the hope, energy and passion that Maeve and Gideon set forth into the world. My family thanks all for the outpouring of love and prayers as we grieve and try to bear this devastating loss.”

Maeve Kennedy McKean was also mother to two other children: Gabriella (7) and Toby (2 1/2). Our thoughts and prayers are with Maeve and Gideon’s family during this heartbreaking time.  Read David McKean’s full statement below.

I am writing here to address the countless people who have loved my wife Maeve and my son Gideon. As many of you have…