“Ring of Fire” Solar Eclipse Will Occur This Week

By Manly Bryant on June 8, 2021
Advertisement 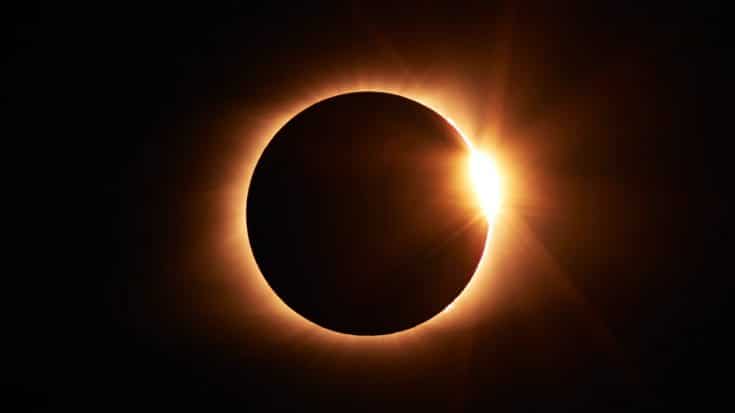 The very first solar eclipse of 2021 is going to happen this Thursday, June 10th, and viewers will have a window of 100 minutes to view it.

“During an annular eclipse, the moon is far enough away from Earth that it’s too small to block out the entire sun. Instead, as the moon glides across the sun, the outer edges of the sun are still visible from Earth as an annulus, or ring,” Live Science reported.

When the moon lines up perfectly with the sun and causes there to be a ring of sunlight around the edges of the moon, experts call this the “Ring of Fire” phenomenon.

“The ‘Ring of Fire’ phase will last up to 3 minutes and 51 seconds at every point along this path,” and “covers 89% of the sun,” Live Science said.

This amazing spectacle will not be viewable to everyone, unfortunately. Those living in the northern hemisphere and eastern part of the states will be able to view a partial solar eclipse that will be best viewed at 5:32am EST.

The main areas of the planet that will experience a total solar eclipse will be Canada, northern Russia, and Greenland.

“Starting at sunrise in Ontario, Canada, and traveling northward until the moment of greatest eclipse, around 8:41 a.m. local time in Greenland,” EarthSky reported.

You can watch the eclipse LIVE on Thursday via the video below.