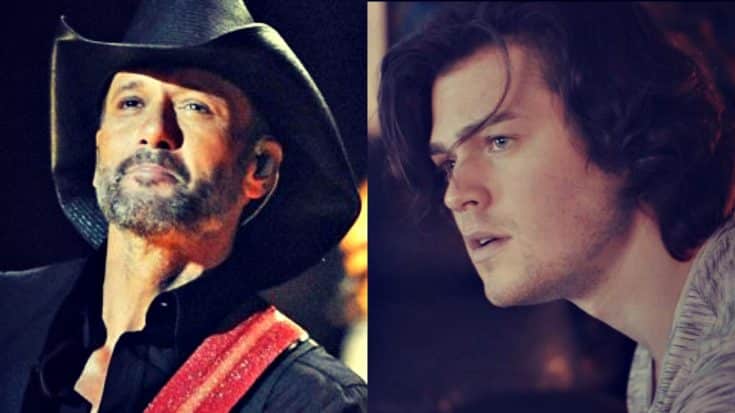 Tim McGraw was at the height of his career in the late ’90s. Four years after coming to the attention of Curb Records, McGraw charted his first No. 1 hit with the emotional story-telling ballad “Don’t Take the Girl.” But, it was a song off of his fourth album that would shatter records and earn him a place in country music history.

“Just To See You Smile” was a song written about the heartbreak of loving someone so much that you let them go. While the message was a painful one, the tune was ironically chipper. “Just To See You Smile” became McGraw’s 8th No. 1 and spent an unprecedented 42 weeks on the Billboard charts, setting a then-record for the longest running single on the Billboard country chart since the inception of the Neilsen SoundScan in 1990. It was also the longest chart run for any single in the 1990s.

“Just To See You Smile” is still one of McGraw’s most beloved and popular songs, as evidenced by the number of covers the singer’s fans, young and old, have recorded. Most recently, Chase McDaniel, of new country quartet 4th and Main, remade the tune into a soulful, slow ballad and we can’t stop listening (see video below).

If McDaniel looks familiar it may be because of his appearance in the 4th + Main cover of the Keith Whitley hit “When You Say Nothing At All.” The quartet’s rendition of the country classic has garnered hundreds of thousands of views across all platforms to date.

"When You Say Nothing At All" ENCORE – 4th and Main

WOW! You guys are incredible… Yesterday's launch was insanely successful because we have friends like YOU. As our way of saying, "thank you", we wanted to give you an encore of #WhenYouSayNothingAtAll direct on FB. When you "like" and "share" our post with your friends, you help us grow our 4th and Main family. So please "like" and "share" away… We <3 you guys so much!Full video at www.4thandmainmusic.com#countrymusic #nashville, #4thandmain

McDaniel offers his rich Josh Turner-esque voice to “Just To See You Smile” and makes us feel like we’re hearing it for the first time. Listen to McDaniel’s impressive cover below. To hear more from him and his 4th + Main bandmates, click here.