By Jennifer Pernicano on March 22, 2019
Advertisement 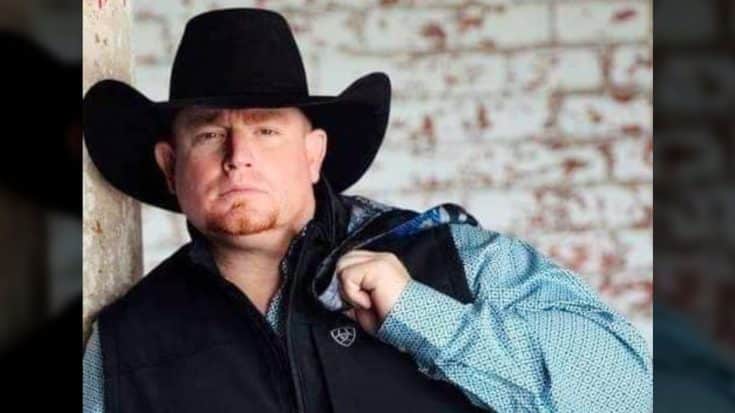 Rising star Justin Carter has passed away at the age of 35, just days after signing a record deal with Triple Threat Management. His death was confirmed on his official Facebook page in the early hours of March 17.

“Please Keep Justin’s Family In Your Prayers & Give Them Privacy In This Hard Time. Justin Is No Longer With Us, He Has Passed Away. He Will Be Missed By Us All, He Was Always Full Of Joy, Laughter, And Loved On So Many People In His Life,” the post read.

Please Keep Justin’s Family In Your Prayers & Give Them Privacy In This Hard Time. Justin Is No Longer With Us, He Has…

Carter’s mother, Cindy McClellan, spoke with Fox News, telling them that the singer was filming a music video when a gun in his pocket, that was being used as a prop, “went off and caught my son in the eye.”

The video shoot was at his home in The Woodlands, Texas, which is about 30 miles north of Houston. McClellan also told Fox News she is working on getting his body transported to San Antonio for burial. Carter served in the Army, so McClellan has been in talks with Veteran’s Affairs to see if he meets the qualifications for a military funeral.

Spoke with Justin's mother today…they are working on approval for a military funeral! May take up to 2 weeks..please be patient!

In the case that Veteran’s Affairs says he does not meet the qualifications, his mother will be paying for the funeral, so his friends have set up a PayPal for fans to donate.

The PayPal email you can contribute to is [email protected]

According to multiple posts on Carter’s page, many people have claimed to be his family and are asking people on Facebook for money, but his team has reiterated that the only way to donate to Carter’s family is through the above email via PayPal, and by buying merchandise off his website.

You can purchase merch here.

Triple Threat Management’s Mark Atherton spoke with ABC13, saying, “Justin had a potential to, you know, in our eyes, and a lot of people’s eyes, to be the next Garth Brooks.”

Atherton also revealed they would be releasing all of Carter’s music, with all the proceeds going to his family. We will keep his family – including his daughters Dixie and Kaylee – and friends in our prayers.

On March 9, Carter released the music video for his single “Love Affair.” Watch it below.