By Miranda Raye on February 15, 2019
Advertisement 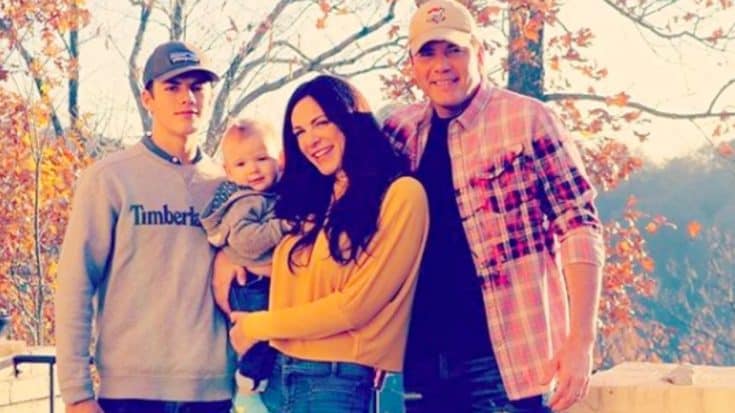 Many country stars have started off the year by welcome new additions to their families (such as Carrie Underwood and Jason Aldean), others are expecting a little one some time in the coming months (like Chris Stapleton and Jake Owen), and even more artists have announced pregnancies (take Randy Houser and Tyler Hubbard).

With so many pregnancy announcements coming out of the country music community these days, there’s some incentive to make the big reveal as creative as possible. That’s exactly what Tyler did when he dropped down on one knee at a Grammy pre-party to kiss his wife’s belly, revealing her pregnancy. No one was expecting that!

The Hubbard family is growing. We are excited to share that little nugget #2 is on the way. We are so thankful and can’t wait to see Olivia be a big sister. What do y’all think…. boy or girl? [email protected] / @bauergriffin / @Getty entertainment

Another Baby In The Atkins Family

But we think Rodney Atkins and his wife Rose just took the cake when it comes to unexpected pregnancy reveals.

The “Watching You” singer and Rose married in 2013, and welcomed their first child together, son Ryder, in December 2017. He joined Rodney’s son Elijah from his previous marriage.

Since Ryder’s birth, Rodney has been hard at work on a new album titled Caught Up in the Country. He previously released one song off of the record, and just shared another called “My Life” along with a lyric video in honor of Valentine’s Day on Thursday (February 14).

Rodney teased the new song’s lyric video on social media, telling everyone to be sure to watch the whole thing for a “surprise ending.”

I’ve spent the last 5 years doing 2 things: being in love & making this album…and I can’t wait for you to hear it on 5/10/19. Pre-order now and get a special new song called “My Life”: https://t.co/Cj1MSL1yKz. Be sure to watch for a surprise ending! https://t.co/Tcafb3NHiY

How The Big Reveal Played Out

The video opens with Rodney sharing the love story of Rose’s grandparents, who were married for 71 years before her grandma passed away. At the end of her life, Rose’s grandma would write notes to let people know what she wanted. Right before she passed, the note she gave to her husband read “I loved my life.”

That note served as Rodney’s inspiration for “My Life,” which has him singing about how everything in his life has been made better because of Rose.

After the video travels through a series of snapshots showing Rodney, Rose, and her grandparents, the surprise reveal finally comes at the end. The camera stops to focus on a new, vibrant image showing Elijah holding Ryder, who is holding a sonogram photo with the words “love at first sight” under it.

How sweet is that? Hats off to the couple for coming up with such a creative and meaningful pregnancy reveal.

Since Rodney and Rose subtly shared the news in the video for “My Life,” we don’t know yet when baby Atkins is due to arrive. But we sure can’t wait to meet him or her!

You can watch how the pregnancy reveal played into Rodney’s heart-tugging video for “My Life” by tuning in below. Congratulations to him, Rose, Elijah, and Ryder!