By Manly Bryant on April 26, 2019
Advertisement 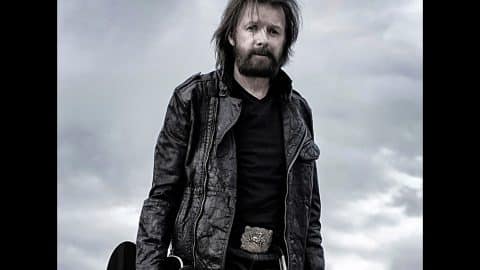 This legendary country music singer with one of the most recognizable voices on the radio has opened up about the latest project for his solo career – and it’s one that already has everyone talking!

Ronnie Dunn, one half of iconic country duo Brooks & Dunn, has been putting in a lot of hard work on his own solo career ever since the duo took their first hiatus back in 2011. He and Kix Brooks have reunited and worked on new projects since their official “split” – including a new twist on a greatest hits album with their April 2019 release of Reboot.

Brooks and Dunn reboot album. Stop what ur doing and listen to it. pic.twitter.com/ZA9ZrTEgX1

Although they are still performing in their Vegas residency as a duo and releasing new albums together, they each have their own solo careers they are focusing on.

In 2016, he released his third studio album as a solo artist called Tattooed Heart and even featured Kix on his highest-charting single, “Damn Drunk.”

But now, Ronnie Dunn is getting incredibly close to releasing his next album – one that’s been a total surprise to a lot of people. And he’s covering classic rock songs….a lot of them.

This still-untitled album was talked about briefly in early March 2019 during an interview with Billboard – but now, Ronnie is teasing fans with a clip of his own take on Tom Petty’s legendary song “I Won’t Back Down.”

“I’m finishing a project of the rock and country songs that I used to HAVE to play in my COVER BAND days,” Dunn said in a caption for the clip. “I spent 15 years paying dues in Oklahoma and Texas Country Bars and Clubs before moving to Nashville…”

In the comments section under the video on Facebook, Dunn himself took some time to talk to fans and revealed he recorded almost 40 songs in preparation for this album. The new project will feature some of the best songs from rock and country – but in a very “Ronnie Dunn” style.

He hasn’t explained what he’ll be calling the album, but he did give some hints at a release date -and it’s coming soon, y’all!

Apparently, the project was supposed to be released sometime this week (April 22-26th, 2019) but it got delayed and now he’s going to get a firm date from the record label come Monday.

Additionally, the only Tom Petty song on the album is the one you hear in the clip below, but Ronnie did say that the album will have 14 total tracks, and he might be hinting that he will be releasing two separate albums! In another comment, he says that he’s “coming right behind it with a country project.”

Check out Ronnie Dunn’s sneak-peek at his new album below and let us know what you think in the comments!

I'm finishing a project of the rock and country songs that I used to HAVE to play in my COVER BAND days. I spent 15 years paying dues in Oklahoma and Texas Country Bars and Clubs before moving to Nashville….FOUR COVER BAND RULES : 1. Keep 'em dancin'2. Play current and past mainstream hits only.3. NO ORIGINAL SONGS. ***4. DON'T FOLLOW THE RULES !!!PS to you “haters” Cash covered this just before he passed away. RD