By Miranda Raye on January 26, 2021
Advertisement 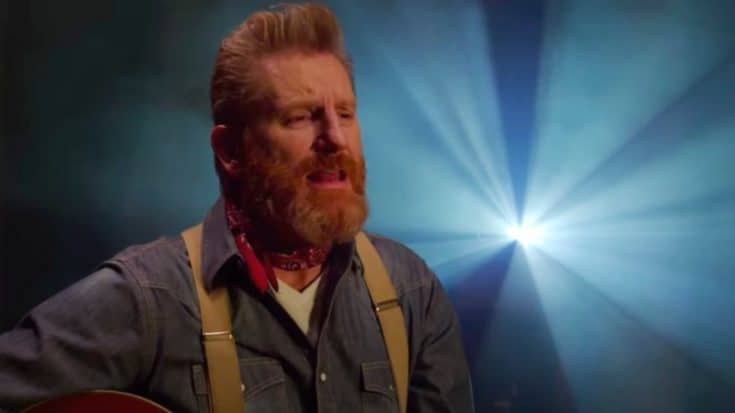 Rory Feek never knew if he’d be able to make a record without his wife, Joey. She passed away in March 2016.

Just one month before her passing, Joey + Rory released their final album, titled Hymns That Are Important to Us. Rory didn’t release another album for years after that.

But he slowly started working on one. In 2021, he released his first-ever solo record, Gentle Man.

In a post on his blog, Rory detailed how he went in to the studio during the fall to record songs for the project. He worked with producers Ben Isaacs and Matt Johnson to record a total of 14 tracks.

One of the songs Rory recorded was Bob Dylan‘s “The Times They Are A-Changin’.” As Rory noted in his blog, he wasn’t even born when Bob released the song in 1964.

Rory explained how Bob wrote “The Times They Are A-Changin'” as “an anthem for a time when our country was changing rapidly.” He said the nation was divided over so many things at the time, and Bob’s song reflected that.

Now, nearly 60 years later, Rory sees that same division in the country he loves. As Rory said in his blog, recent events “have made the words Mr. Dylan wrote all those years ago, seem so profound now.”

Rory decided to release his version of the song as the first recording off of Gentle Man. He also shared a music video, which was created with the help of Aaron David Thomas and Heather Huston.

He said the video features “neighbors and friends in our community, young and old—captured in this unusual moment in time, forever.”

Tune in below to see that music video and hear Rory’s rendition of “The Times They Are A-Changin.'” It’s such a powerful song with a message that continues to resonate decades after Bob wrote it.