Rosalind P. Walter – Original ‘Rosie The Riveter’ – Has Passed Away

By Jennifer Pernicano on March 5, 2020
Advertisement 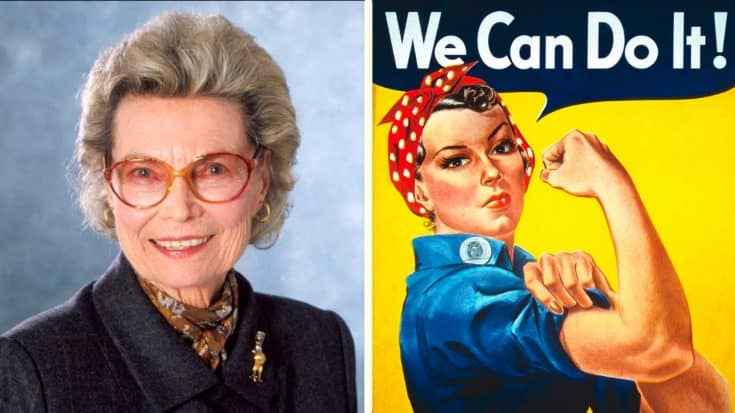 Confirmed by her friend Richard Somerset-Ward to the New York Times, Walter was best known to the world as the original “Rosie The Riveter.”

In 1942, Rosalind was working at a plant in Connecticut drilling rivets into Corsair fighter planes during the night shift. Her job was usually done by a man. There was a newspaper article written about her, which inspired the 1942 song “Rosie The Riveter.”

Throughout the years, at least four women became “Rosie The Riveter.” Norman Rockwell drew “Rosie” for the May 29, 1943 Saturday Evening Post. His model was a woman named Mary Doyle Keefe.

This Day in Labor History: May 29, 1943. Norman Rockwell publishes his famous Rosie the Riveter image on the cover of the Saturday Evening Post. Let's talk about women workers in World War II and Rosie, myth and reality. pic.twitter.com/SmGOzN3Zi8

J. Howard Miller drew his own version of “Rosie” for Westinghouse war factories as an effort to recruit more women to work at military factories during World War II, like Rosalind. The model he used was named Naomi Parker Fralay, who passed away in 2018. His version featured “Rosie” in overall and a red bandana, while flexing her muscles with the speech bubble that read, “We can do it!”

Which company originally came up with this poster for boosting morale in factory in 1942 using a fictional woman -Rosie the Riveter ? pic.twitter.com/GJ5fXl15NF

While she may have never actually been a “Rosie The Riveter” model, Rosalind was most-definitely the original.

Rosalind P. Walter, aka the original “Rosie the Riveter,” has passed away at 95. ? Today we celebrate her legacy: a symbol of women’s empowerment and committed philanthropist later in life. ?: Women's March

Rosalind is survived by her son Henry S. Thompson, two grandchildren, four step-grandchildren, and several great-grandchildren. Our thoughts and prayers are with her family as they mourn her loss.