Sadie Robertson Shares One Of Her Pregnancy Cravings…ICEEs

By Miranda Raye on October 8, 2020
Advertisement 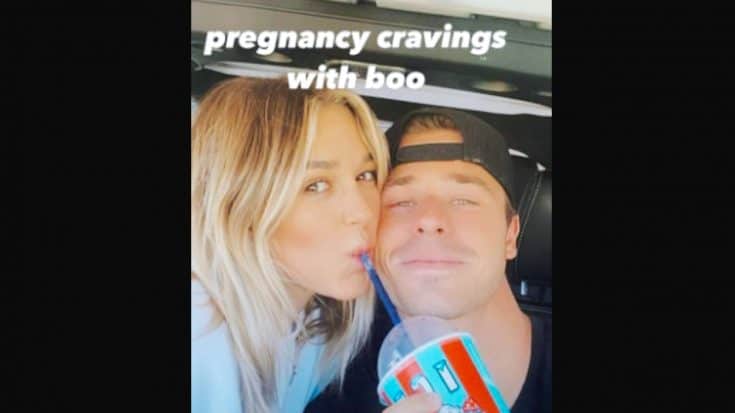 On October 4, Duck Dynasty star Sadie Robertson Huff announced that she and her husband, Christian Huff, are expecting their first child.

“We are thankful to be carrying a miracle into the world!” Sadie wrote next to a picture that shows her holding up some sonogram photos while Christian gives her a hug. “Baby, you are already loved and already believed in.”

SCREAMING WITH EXCITEMENT TO SHARE THIS NEWS! Baby we already adore you. What I’ve learned from you already – ❤️ God has still been creating. God is still believing in us. God is still bringing forth LIFE. Hope is still to come. ❤️ How we choose to live will affect your generation to come, so I want to live my life to the fullest and be loud for you. We are thankful to be carrying a miracle into the world! Baby, you are already loved and already believed in. Can’t wait to welcome you into the world with all the joy, hope, and excitement you will bring into the life of so many by your miraculous incredible life.

Christian also shared the pregnancy news on his own Instagram page along with a different, but similar photo.

“mom & dad,” he captioned the snapshot, prompting Sadie to comment “MOM AND DAD WHAT!!!!”

While Sadie didn’t share exactly how far along she is in her pregnancy, she did post a picture from the day she found out she was expecting.

The picture shows Sadie standing in front of a mirror and smiling. “the day we found out 🙂 can’t wait to watch my baby / belly grow,” she captioned the image.

the day we found out 🙂 can’t wait to watch my baby / belly grow ?

Now, Sadie has revealed another detail about her pregnancy…her cravings! Or at least, one of them.

On her Instagram story, Sadie shared a picture of her and Christian in the car together. Christian can be seen smiling while Sadie sips from the straw of an ICEE cup.

It appears as though ICEEs are one of the things Sadie has been craving during her pregnancy! As she captioned the picture, “pregnancy cravings with boo.”

We can’t tell what flavor ICEE Sadie was enjoying, but they’re all tasty, so we can understand why she is craving them!

Sadie and Christian’s baby news comes just before their first wedding anniversary in November. Their wedding day was documented in a video Sadie shared on her YouTube channel, which you can watch below.

Congratulations to the Huffs on their upcoming addition!