By Jennifer Pernicano on May 14, 2019
Advertisement 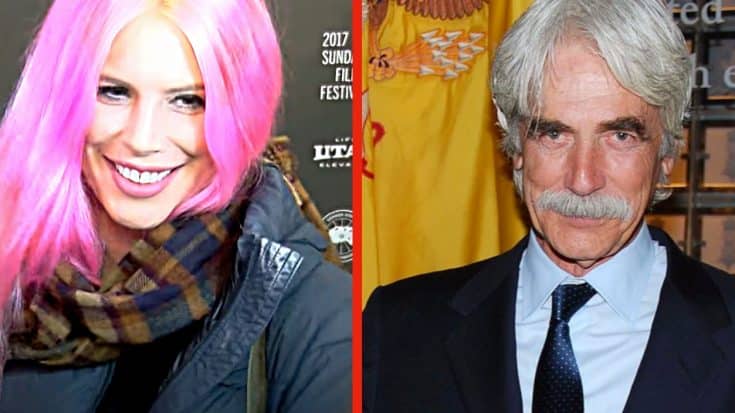 Silver screen legend Sam Elliott first met his future wife on the set of Butch Cassidy and the Sundance Kid in 1969. Katharine Ross had a starring role as Sundance’s love interest Etta Place, while Elliott had a very small role. The two didn’t have any scenes together.

They did not meet again until almost ten years later, in 1978, when they both starred in the movie The Legacy.

After a red-hot romance, Ross and Elliott tied the knot in 1984 and have been the picture of true love ever since.

Even though they have worked together on several films over the years, including 2017’s The Hero, their best collaboration has to be their daughter, Cleo Rose Elliott.

Born September 17, 1984 in Malibu, California, Cleo was raised to work hard at her craft, which turned out to being music and not acting. She learned to play the flute and guitar at an early age, but always enjoyed singing. She studied classical opera under Charity Chapman, which she considers a great warm up for singing rock music.

In January of 2009, Cleo released a solo album titled No More Lies, which you can preview here. She told The Malibu Times that “the sound is very pop rock, but I’m really into heavy hard rock.” She also said that her parents were thrilled she wanted to make music and not act.

Not only is Cleo a talented singer-songwriter, she is stunning and models on occasion. Check out some of her incredible modeling shots below.

?#wcw @cleoroseelliott ? Congrats on another magazine cover! Cleo, you are a constant inspiration to me. #besomebody #love #model #singer #actress #fiance #americansalon

A post shared by Randy Christopher (@randychristopherbates) on Dec 1, 2015 at 9:36pm PST

A post shared by Randy Christopher (@randychristopherbates) on Sep 3, 2014 at 9:09am PDT

She has on occasion accompanied her parents on the red carpet, most recently for the Academy Awards, where her dad was up for Best Supporting Actor, as well as the premiere of A Star Is Born.

Check out some footage, and even a shoutout from her father, on the Academy Awards red carpet in the video below.

Had an incredible night at ?The Oscars with @cleoroseelliott So proud of Sam on his nomination! ?Walking the Red Carpet was surreal, I had the pleasure of meeting Glen Close while stepping on @melissamccarthy cloak. ?#oscars #oscars2019 #ladygaga #cleoroseelliott #redcarpet #samelliott #katharineross? Thanks everyone @johnvarvatos #johnvarvatos #academyawards Thanks @maesondahl for capturing some footage.?

A post shared by Randy Christopher (@randychristopherbates) on Mar 5, 2019 at 8:02pm PST