By Jennifer Pernicano on July 6, 2022
Advertisement 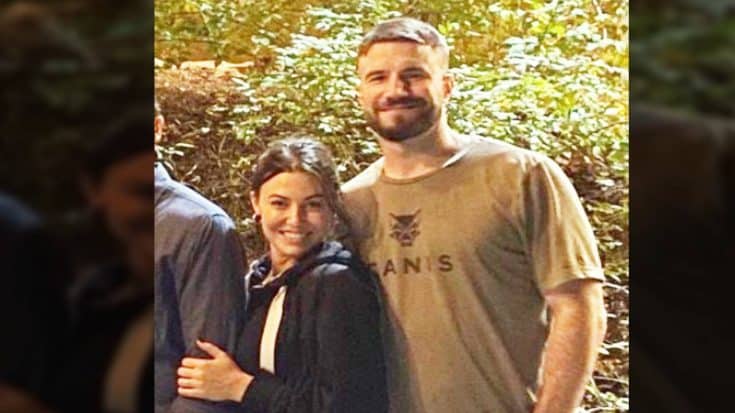 In a post showing off some of his July 4th activities, Sam Hunt just shared the very first video of his newborn daughter, Lucy, who he shares with his wife, Hannah Lee Fowler.

In February, Hannah filed for divorce from the country singer and in the filing, it was revealed that she was pregnant with the pair’s first child. At the end of March, Hunt served as guest co-host for Country Countdown USA and the singer spoke out about becoming a dad for the first time, adding that the baby was due in 8 weeks.

“I haven’t talked about this, but I have a little girl on the way,” Hunt said. “I blocked out two months at the end of May and early June. Really this year revolves around that big news in my life.”

He didn’t stop performing for two months entirely, as he took the stage on June 7 at the Ryman Auditorium for the Stars for Second Harvest charity concert. In between songs, Hunt announced that Hannah had their baby, a daughter who he called “Lucy Lou.”

“I recently had a baby girl named Lucy Lou,” Hunt said in a video captured by Music Mayhem Magazine that was shared to social media.

“I think being out here, and in the music business and being out on the road, has sort of hardened my heart. My heart’s definitely a lot harder in a lotta ways since I left that small town. It’s amazing how that little girl melted that all away overnight a couple of weeks ago,” Hunt said. “I’ve been filled with a lot of gratitude these past couple of weeks. I just want to say up here on the Ryman stage how grateful I am to have been a part of country music for the last 10 years.”

In May, Fowler called off her divorce from Hunt and a judge granted her request for the case to be dismissed, just in time for Lucy’s birth.

The 4th of July video was a compilation of videos of Hunt’s younger relatives fishing, but around the 38-second mark, you can see Hunt’s niece holding Baby Lucy. Hunt asked her if she likes holding a fish or the baby more. She said, “Baby!”

Hannah wasn’t in Hunt’s video. See it below.