By Manly Bryant on December 6, 2021
Advertisement 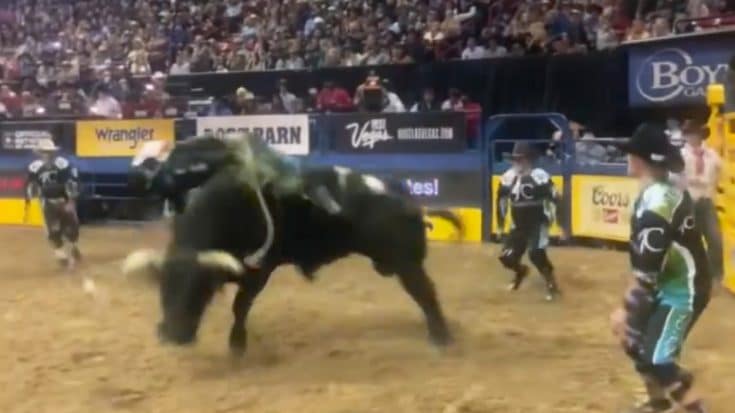 Professional Bull Riding World Champion J.B. Mauney shared a video on Instagram of himself getting briefly knocked unconscious after a bull bucked him off its back.

Mauney was competing in the National Finals Rodeo on Friday night when the incident took place during his second go-round for the night.

He also suffered facial lacerations while being bucked off the bull named Johnny Thunder at the Thomas & Mack Center.

A packed crowd watched in silence as the former two-time PBR champion lay motionless on the ground.

The bull was wrangled and within a few minutes Mauney was able to get up and walk out of the arena with help from a few others.

“The biggest thing that caused that wreck was when J.B. came down and hit that bull (Johnny Thunder) with his head more or less that knocked him out for a minute,” bullfighter Dusty Tuckness said, a man who helped shield Mauney from additional harm. “It was kind of one of them crazy bull ridin’ deals. You can’t protect (against) that. But (J.B.) is as tough as nails, and I expect big things from him tonight.”

The 34-year-old made his long-anticipated NFR debut on Thursday and split first-place money with a ride of 87.5 points.