By Miranda Raye on May 1, 2019
Advertisement 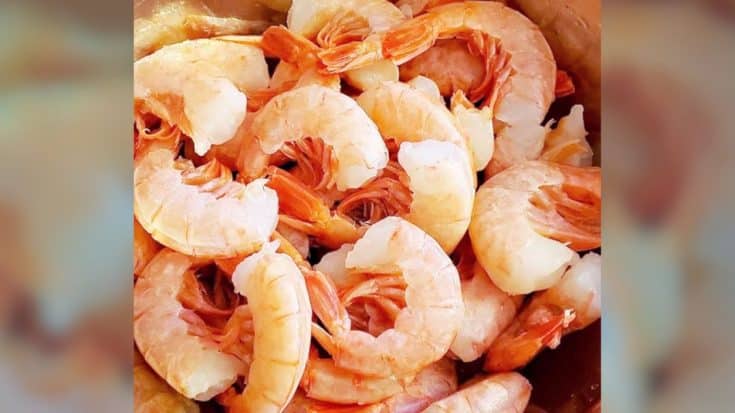 Even though a shrimp cocktail carries an alcohol-inspired name, you’re never going to find yourself feeling tipsy after downing some chilled jumbo shrimp and cocktail sauce at Red Lobster.

Went to Red Lobster for dinner. I had a jumbo shrimp cocktail for appetizer, shrimp alfredo with buttered shrimp and with fried shrimp, and an brownie ice cream sunday for dessert. pic.twitter.com/XXkYkxd2of

However, scientists just discovered that shrimp themselves are actually under the influence of a mind-altering substance, though it’s not alcohol.

An article published by BBC News explains how scientists at the King’s College London collaborated with the University of Suffolk to test various rivers in Suffolk, England. They were originally testing for chemicals, but made a “surprising” discovery in the process.

According to the researchers, they found cocaine in the freshwater shrimp they tested during their study.

How Widespread Is The Issue?

The scientists tested shrimp from 15 locations in Suffolk over the course of their study. No matter where the shrimp came from, they were found to have cocaine in their system. All samples tested indicated “widespread” traces of cocaine in the shrimp.

That’s not all. The scientists also discovered that the shrimp contained traces of ketamine, banned pesticides, and banned pharmaceuticals in addition to cocaine.

As you would imagine, these findings left the researchers stunned beyond belief. Now, they’re stumped as they try to figure out why cocaine is so prevalent in shrimp.

Dr. Leon Barron of King’s College London expressed his shock over the findings, saying, “We might expect to see these in urban areas such as London, but not in smaller and more rural catchments [like Suffolk].”

As Dr. Barron stated, the findings are made all the more surprising since many of the shrimp tested were found in more rural areas. This raises concern as to whether this issue is contained to this certain area of England, or if it is a nationwide issue. Or even worse, a global one.

“Whether the presence of cocaine in aquatic animals is an issue for Suffolk, or more widespread an occurrence in the UK and abroad, awaits further research,” said Professor Nic Bury from the University of Suffolk, who said there definitely needs to be more focus on the issue after this recent discovery.

So as of right now, there are no studies proving if the cocaine shrimp issue is contained to Suffolk. We’re interested to see what further studies will show, because this is something we never expected to hear.

Scientists are finding cocaine in shrimp… This image instantly came to mind.

In the meantime, you may think twice before eating another shrimp cocktail or a big batch of fried shrimp any time soon…

Shrimp are doing cocaine in the rural waterways of the UK! Kinda… let me explain.