By Manly Bryant on August 31, 2018
Advertisement 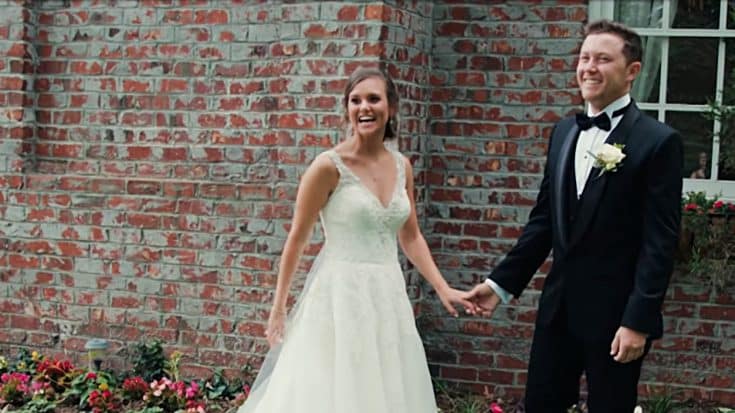 Just months after marrying longtime girlfriend and high-school sweetheart Gabi Dugal, this country heartthrob is opening up about growing his family – and answers questions fans have been asking for quite some time!

Scotty McCreery first got his start in country music after winning American Idol at just 16 years old. Since that time, he’s gained momentum in the industry and garnered a number of awards and accolades that emphasize his incredible talents.

Omg a fan posted a video that @ScottyMcCreery brought his wife @Yoo_GabaGaba on stage at his concert tonight and sang #ThisIsIt to her and then they kissed on stage . They are to cute . Top Photo credit to @1McCreerian1 ❤️?? pic.twitter.com/1p9aVaspZ4

Opening up to Taste of Country, McCreery says that the pressure has been mounting for he and Gabi to start a family of their own – and he’s all for it…but when is the question folks have been asking!

McCreery, who released his latest single “This Is It” in 2018 alongside a music video featuring his wedding footage, has seen all of his albums soar to the No. 1 chart position with the exception of his Christmas album – which still earned a place at the No. 2 spot!

His most recent album, Seasons Change, debuted on March 16th, 2018 and has easily become a fan favorite among his heavily-devoted audience.

Country star Scotty McCreery on sharing wedding with fans in 'This Is It' video https://t.co/IQncifvrsJ pic.twitter.com/fEBSd16rIF

“Everyone has that uncle, that crazy uncle who came out of the car with it,” the singer told TOC. “I am the last McCreery boy in the whole bloodline, so it didn’t take too long for all of that pressure to start.”

The family has been mounting pressure for the couple to have a child (or four) but McCreery explains that he and Gabi have a different opinion about when their next steps will be.

“We are in no rush,” he added. “We will make sure that we can keep the dog going first.”

“It will be fun,” he laughs. “She would have had a dog yesterday if she could. But both of us want to figure out married life ourselves before we have a dog.”

McCreery is currently tied up prepping for his Seasons Change tour supporting his new album and that will kick off on November 29th.

Watch Scotty and Gabi’s beautiful wedding as featured in his music video for “This Is It” below.

Let us know what you think about their plans for kids in the comments!