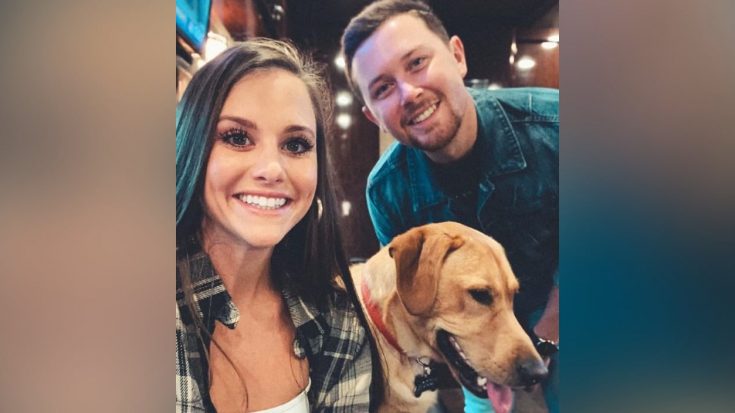 Just days after celebrating their fourth wedding anniversary, Scotty McCreery and his wife Gabi had some big news to share. In an exciting announcement made on Tuesday (June 21), the couple revealed they are expecting their first child!

“We’ve gotten to live a lot of life and do some cool things, so seems like now’s a good time to settle down a little and expand the family,” Scotty told PEOPLE.

Scotty and Gabi also revealed that Baby McCreery is a boy! “We got a little man on the way,” Scotty said.

Gabi told PEOPLE how she told her husband about the pregnancy. She had a whole plan in mind, but things didn’t exactly fall into place.

She was going to share the news with Scotty after picking him up from the airport one day. They were supposed to attend a hockey game together after that.

The couple shared that their son is due to arrive in November. Gabi, who is a pediatric nurse, feels like her work experience will help her out once the baby is here.

“Even just down to changing diapers multiple times in a day, and figuring out how to soothe the baby when they’re upset, for sure has helped,” she said.

As for Scotty, he’s wanting introduce his son to all of his favorite sports, especially baseball.

You can see some of the photos Scotty and Gabi took to announce their pregnancy below. We’re so happy for them!