By Miranda Raye on December 19, 2018
Advertisement 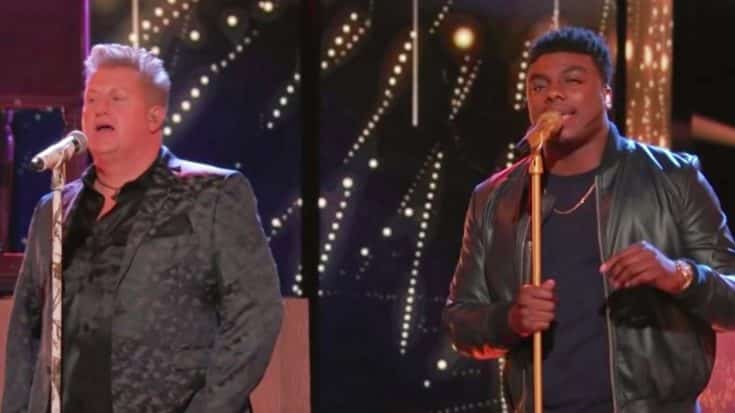 When Team Blake‘s talented country singer Kirk Jay auditioned for The Voice, he did so with one of the most beloved songs in all of country music history. That song was Rascal Flatts‘ “Bless the Broken Road.”

While Rascal Flatts’ rendition of the song is the most well-known, it isn’t the only version out there, or the first. In fact, the track was first recorded by the iconic country group Nitty Gritty Dirt Band, and was released in 1994.

Many other artists followed with their versions, with Rascal Flatts’ being released in 2004. It went on to top the U.S. Hot Country Songs chart and crossed over to claim the 29th spot on the all-genre Billboard Hot 100. To this day, it remains the highest-charting version of the song to ever be released.

The song was so successful, that its songwriters Marcus Hummon, Bobby Boyd, and Jeff Hanna were awarded the Grammy for Best Country Song in 2005.

Kirk Sings His Way Into Finale

Since “Bless the Broken Road” is such a beloved song, Kirk ran a huge risk when he performed it for his blind audition. But he clearly had the talent to pull it off, and turned all four chairs with his rendition.

He continued to amaze with each passing week of the competition, performing other country hit’s such as Lonestar‘s “I’m Already There” and Diamond Rio‘s “One More Day.”

Each one of Jay’s covers earned him even more respect from Voice viewers, who voted him all the way to the finale.

Let’s get GLAM, fam! ✨ We are SO CLOSE to finding out this season’s winner of #TheVoice. ?

As one of the final four contestants, Jay was given the remarkable opportunity to perform with a celebrity guest during the first night of the finale. And he brought things full circle by singing with Rascal Flatts.

The bunch performed one of Rascal Flatts’ newest songs, “Back to Life,” which they released in September. It naturally showcases the trio’s outstanding harmonies, so you can only imagine how good it sounded when Jay’s voice was thrown in the mix.

In fact, Jay’s voice worked so well with the Rascal Flatts fellas that he proved he could hold his own as a fourth member of the group. Hey, if they ever want to become a quartet, they know who to call!

Introducing… Kirk Flatts! Who is watching @nbcthevoice? Can’t wait to sing with @kirk_jay!

Overall, the group’s performance was smooth and stunning, and you’re sure to enjoy it when you check it out in the video below.

It’s guaranteed that Kirk will never forget this moment. What an incredible opportunity for him!