Season 4 Of “Yellowstone” May Air Back-To-Back Episodes, Have Fewer Commercials 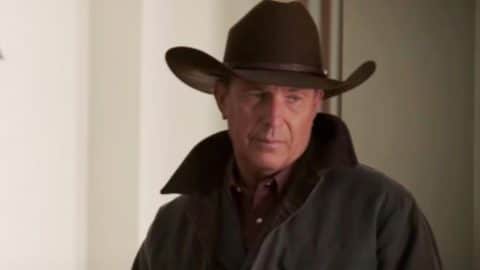 The Season 3 finale of Yellowstone aired on August 23 and ended in a cliffhanger. Thankfully, the show has been picked up for several more seasons, so it’s far from over.

Filming for Season 4 of Yellowstone started just days before the Season 3 finale aired. Actor Forrie J. Smith, who plays Lloyd Pierce, posted on Instagram about his return to filming.

“Yee Haw! Here’s me and Cisco… we start the first day of filming tomorrow!” Pierce wrote on his August 19th post.

Although no one knows exactly when Season 4 of Yellowstone will debut, fans have a good guess. All previous seasons of the show have kicked off in June. So we could expect to see Season 4 in June 2021.

When the new season of the show does air, things may look a little different. Yellowstone’s home network, Paramount, is in the midst of rebranding itself to Paramount Movie Network. It’s shifting its focus to lengthier content, such as movies and miniseries.

Despite this rebrand, Paramount has no plans to get rid of Yellowstone, which is a more “traditional” TV series. Instead, the network is looking to alter the way it airs future episodes of the series.

Variety reports that Paramount’s “plan is to present the show as a cinematic experience, possibly programming two episodes in a single night.” This would mean fans would get more Yellowstone at once, and that watching it would be more like watching a movie.

.@paramountnet is rebranding! The cable network, known for hits like #Yellowstone, will become the Paramount Movie Network as part of a plan to refocus efforts on made-for-TV movies and a strong scripted slate in 2021. More via @Variety. https://t.co/0yNSAiQkEj

Fewer commercial interruptions would give future episodes of Yellowstone the more cinematic feeling the network is striving to achieve. And this could result in a more enjoyable experience for viewers.

Only time will tell what future seasons of Yellowstone will look like. They certainly have a lot to live up to!