By Jennifer Pernicano on October 9, 2019
Advertisement 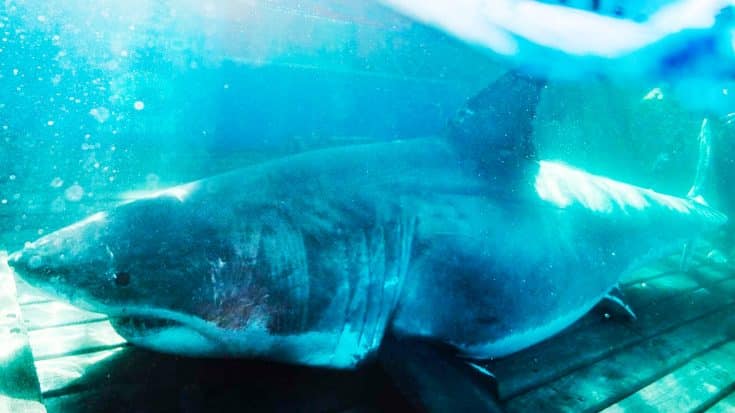 On October 8 at 8:51 AM, Ocearch pinged a shark by the name of Unama’ki just north of Corolla, North Carolina.

According to their website, “Ocearch is a data-centric organization built to help scientists collect previously unattainable data in the ocean.” Among other things, Ocearch tags sharks so not only they, but also the public, can track where they are.

The significance of Unama’ki being pinged is that it is Ocearch’s second-largest shark to ever be tagged in the Atlantic Ocean, and the largest shark currently being tracked. Unama’ki measures out to be a whopping 15 feet, 5 inches and weighs 2,076 pounds.

Our partner @SeaWorld picked the name Unama’ki for our 3rd shark of Expedition Nova Scotia. It’s what the indigenous Mi’kmaq people call Cape Breton and means "land of the fog." pic.twitter.com/Mp6zElg2at

Ocearch tagged Unama’ki on September in Nova Scotia, along with 10 other sharks. The first ping she set off was near Nova Scotia on September 28 and sharks are already pinging on the tracker for everyone to follow.

It’s incredible to see that of the 11 sharks we just tagged during #ExpeditionNovaScotia, 7 of them are already up and pinging on the Tracker for everyone to follow. Visit https://t.co/paqCMWe00M on any device. pic.twitter.com/cKfYINQmeP

According to several different pings, it looks like Unama’ki is heading south, and is making great time. Some areas have issued warnings because of how close to the shore she is getting.

Dangerous surf and rip currents aren't the only reasons to stay out of the water today. Unama'ki, a 2,076 pound Great…

Watch the video below on how Ocearch tagged Unama’ki and how Sea World named her.

White shark Unama’ki is now up and pinging on our Tracker for everyone to follow! She was named by our partner @SeaWorld. Unama’ki is the indigenous Mi'kmaq name for the Cape Breton area and means “Land of the Fog.” Excited to see where she leads us! https://t.co/KLfYgygkY1 pic.twitter.com/Kvg6RayMoz