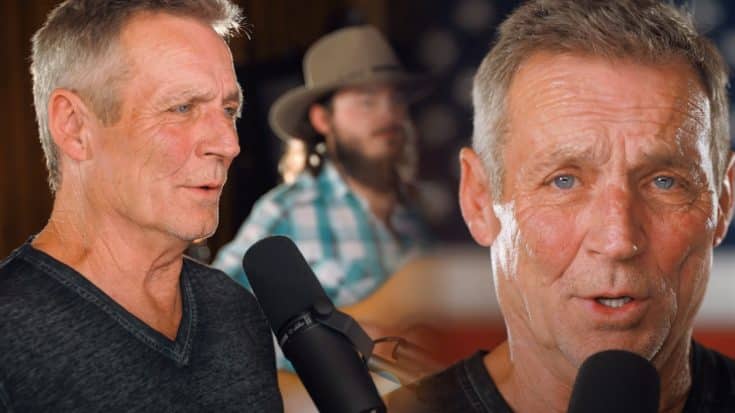 The famous songstress’s youngest son picked up the microphone for an impressive cover of The King’s 2008 chart-topper: “Troubadour.”

Loretta Lynn is known for her own legacy of music and indelible songs like “Coal Miner’s Daughter” which have helped to craft the popular history of country music over more than 60 years.

Just like their famous mom, many of Loretta Lynn’s children have followed a musical path.

Ernest Ray or “Ernie” Lynn has, too, taken up singing and often performed alongside his mom both on her records and in live concerts.

Between 1965 and 1997 Ernie lent his smooth country vocals to a handful of gospel and hymn tracks included on Loretta’s albums.

Ernie joined Country Rebel as part of the acoustic “Stars and Stripes” sessions filmed on the grounds of the Rebel Ranch just outside of Nashville. His daughter Tayla Lynn Finger also stopped by for a series of stunning songs.

Watch Ernie Lynn sing his cover of George Strait’s “Troubadour” below – and for more real country music, subscribe to Country Rebel on YouTube!