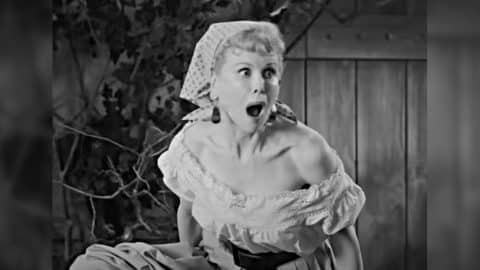 It’s the moment we’ve all been waiting for! The first teaser trailer for the highly-anticipated Aaron Sorkin film Being the Ricardos has finally been released.

Starring Nicole Kidman as Lucille Ball and Javier Bardem as Desi Arnaz, the Amazon Studios movie is filmed around one week of production on the set of I Love Lucy. Starting at the Monday table read, the film will encompass the entire week, ending with an audience shot on Friday. Viewers will get to experience the trials and tribulations of the main characters throughout the five days of filming.

The poster for Aaron Sorkin’s #BeingTheRicardos starring Nicole Kidman and Javier Bardem has been released.

“The strange thing about Lucille Ball is that everyone thinks we’re remaking the ‘I Love Lucy’ show, and it’s so not that,” Kidman said during Variety Actors on Actors. “It’s about Lucy and Desi and their relationship and their marriage. It’s very deep, actually.”

Other cast members include J. K. Simmons as Fred and Nina Arianda as Ethel.

Fans finally got a sneak peek at the film when the trailer was released Tuesday, October 19th. While there are very few shots of Nicole Kidman’s character, she does a voiceover throughout the entire trailer.

“I had no idea it was going to be a hit,” Lucille says of I Love Lucy in the trailer, while a quick shot of the famous grape-stomping scene passes by.

Being the Ricardos is coming to theaters December 10th and will be available to watch on Prime Video December 21st.

You can watch the official teaser trailer below.