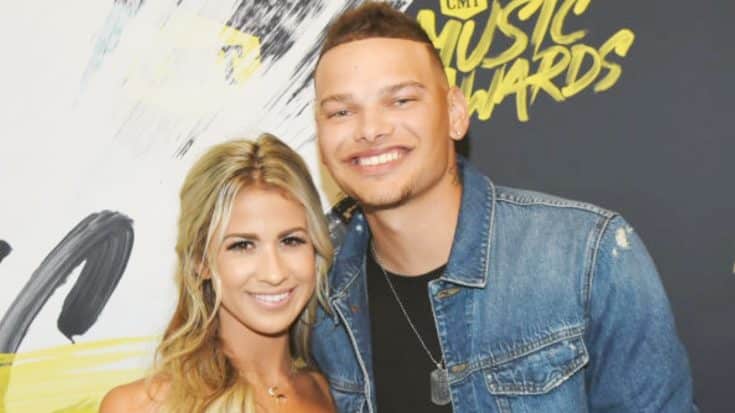 After a year-long engagement, Kane Brown is now married to the love of his life, student and singer Katelyn Jae.

The couple first met at one of Kane’s shows in 2015, and their romance blossomed from there.

Kane asked Katelyn to marry him on one random night in April 2017. As he explained to People, he had actually planned to pop the question the following day, but “just couldn’t wait.”

The original plan included “rose petals and everything like that,” but in the end, Kane ended up proposing while the couple was watching a horror movie.

Although the proposal may have been spontaneous, it still ended the way Kane had hopped. Katelyn said yes!

The ceremony took place at Mint Springs Farm in Tennessee, just outside of Nashville. People describes the venue as looking “like an enchanted forest,” featuring a color palette of greens and fall hues.

After the ceremony, the couple shared their first wedding photo through People. They both posted the photo to their respective Instagrams, each writing “Kb2” in the caption.

According to People, the couple left for their honeymoon after the wedding “for some R&R.” But before they took off, Kane wanted to do something to honor his new wife.

Posting to his Instagram Story, Kane shared that he had gotten a tattoo of Katelyn’s name on his hand.

Written in a cursive script, the tattoo contains a hidden symbol to express Kane’s everlasting devotion to his wife. If you look real close, you can see that the loop of the “y” in Katelyn’s name drops down to form an infinity symbol.

Isn’t that the sweetest thing? You can’t help but go “aw” when you see it.

We hope that Kane and Katelyn enjoy their time away on their honeymoon, and wish them many years of happiness together.