By Jennifer Pernicano on August 13, 2018
Advertisement 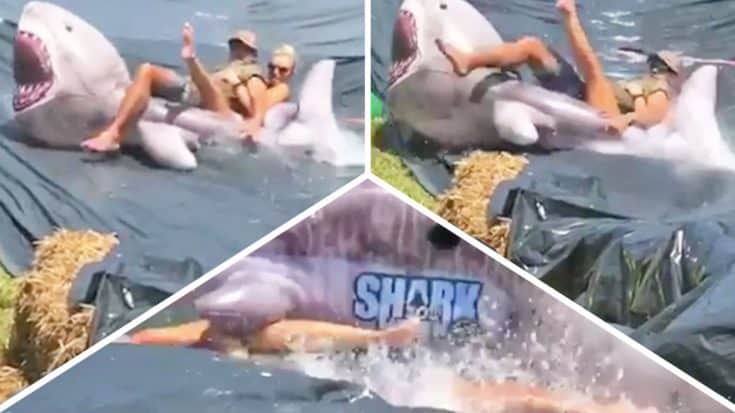 Even in the middle of a 2018 nation-wide tour, Luke Bryan still puts his family first. Bryan scheduled some much-needed downtime between his August 4 stadium show at Mile High Stadium in Denver, Colorado, and August 17 concert in Syracuse, New York.

During his time off, he and his family celebrated his younger son Tate’s eighth birthday! They threw him an awesome party that included a HUGE slip n’ slide and an even bigger bonfire (and fireworks) to close out the night.

Too many captions for this…long story….But…our Sweet Tate had a good birthday! I love my little love bug! #tateturns8 #becountrybesmall

If y’all thought the slip n’ slide was only for the kids, you thought wrong! Luke and his wife Caroline have proven time and again how they love to have fun, and sometimes at their kids’ expenses! In a hilarious video posted to her Instagram account, Caroline and Luke revealed that their favorite past time is to annoy their children.

They showed off some hysterical dance moves, to no music we might add, while their son asked them to make him lunch. It really does get funnier every time we watch it!

Our favorite pastime is to annoy our children @lukebryan #mommakemesomelunch

They continued their reign as the “fun parents” as they took part in the giant slip n’ slide fun at their son’s birthday party. The married couple sat on top of a large shark pool floatie to ride down the hill. They were initially pulled by someone on an ATV, but crashed into a hay bale, which set them flying off the shark!

Luckily. they are both okay, and each of them provided a different angle so we could really see what went down! Watch Luke’s below, where you can see just how fast they were really going!