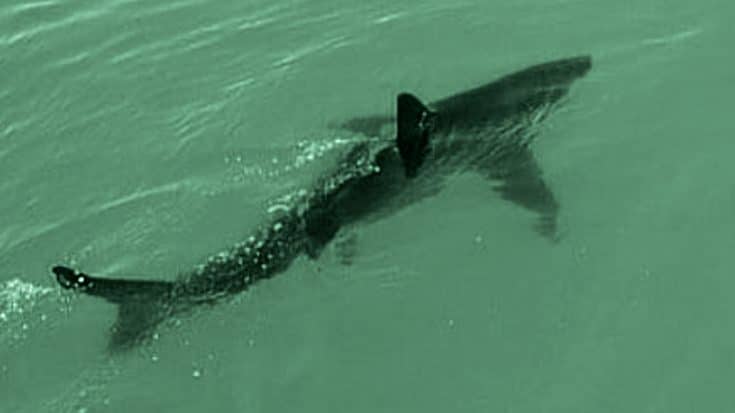 On June 14th, 2019 Ginger Glimer, from Bulls Gap, Tennessee, was happily on vacation sitting in her condo in Myrtle Beach, South Carolina when she noticed sharks swimming in the water.

She grabbed her camera to zoom in for a closer look and realized that a fairly large shark was lurking super close to a group of people standing in the ocean.

“It was the craziest thing I have ever seen!” Ginger said. “People had no idea. Just wasn’t sure if it was appropriate to yell shark from the 15th floor and cause a panic.”

Ginger starts taking pictures of the sharks as they swim closer to people oblivious to what’s going on around them. The water was so murky if you were standing at sea level there’s likely no chance you’d see them, but Ginger had a bird’s eye view and could see everything.

Even parents with their baby were in the water standing just a few feet away from the creature without ever knowing. Ginger shared her pictures on Facebook and since then her pictures have been shared more than 26 thousand times.

“Why I go to the beach to get in the pool! SHARKS!!!! Not one person had an idea of what was lurking around them. Can’t see the bottom, not swimming in it!”

She says she will return to the ocean for vacations however she will not be getting into any ocean water unless it’s clear and she can see what’s swimming around her.

Why I go to the beach to get in the pool! SHARKS!!!! Not one person had an idea of what was lurking around them. Can’t…