By Miranda Raye on February 19, 2020
Advertisement 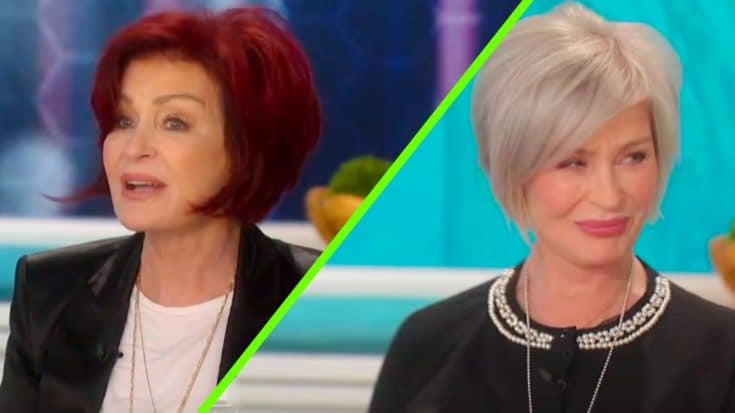 Sharon Osbourne is one of the most recognizable figures in the celebrity world. As a host of The Talk and the wife of rockstar Ozzy Osbourne, she is constantly in the public eye, and many people see her on a daily basis.

Because of this, Sharon always felt pressured to maintain a signature part of her appearance…her bright red hair.

For 18 years, Sharon sported a vibrant red hairstyle. She surely inspired many others to follow her lead and dye their hair a similar color!

But little did we know just how much effort it took for Sharon to maintain that signature red hair of hers. Her hair stylist, Jack Martin, published a post on Instagram in which he revealed just how much work went in to keeping Sharon’s hair the bright red color she was known for.

As Jack explained, Sharon had her hair colored once a week in order to maintain the color and its vibrance. After all, she’s on TV almost every day, so she’s under a lot of pressure to look “flawless.”

However, after 18 years of keeping up with this weekly maintenance, Sharon had enough. She came to Jack to have her hair dyed a new color, and left looking like a whole new woman.

Jack said in his Instagram post that Sharon often dreamed of coloring her hair white, “…but every time she attempts it ends up with a disaster.”

So Sharon turned to Jack, who was also the stylist responsible for helping Jane Fonda achieve her new white do she debuted at the Oscars.

Jack told Sharon he couldn’t promise her anything, but that he would try his best. After 8 hours of work, Jack finished his transformation, and unveiled Sharon’s new platinum hairstyle.

He said this new color will be much easier for her to maintain, writing, “...she doesn’t have to be committed to coloring her hair once a week anymore.”

You can see Sharon’s hair transformation in Jack’s post below. He includes a picture of what her hair looked like before he spent eight hours coloring it, and how it looked after he was done.

Sharon then debuted her new look on The Talk, where the audience and her co-hosts complimented her. She made it clear how relieved she was to be done dyeing her hair red.

When speaking about why she chose to make this change, Sharon said she thought to herself, “Why am I trying to do something or be something that I’m not?” That thought encouraged her to go all-in and get rid of the red for good.

You can hear Sharon talk more about her new hair color in the video below. It will take some getting used to, but we love the look on her!