By Manly Bryant on September 6, 2019
Advertisement 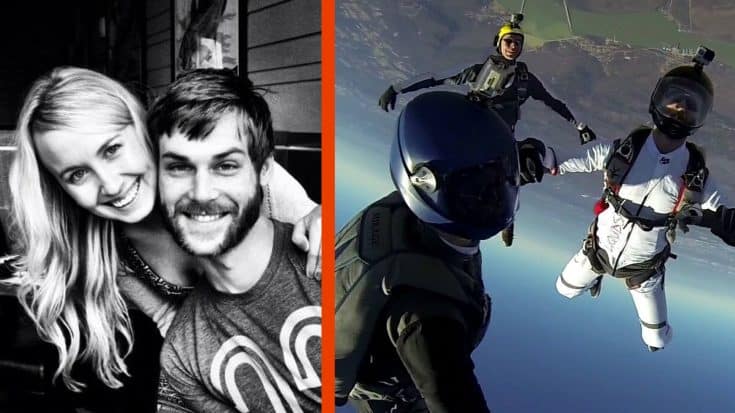 Just under a week ago, a terrible accident happened when one of country music’s most talented and popular songwriters got a phone call that her husband had been involved in a skydiving accident.

Shackelton’s husband, Caleb James, has been a longtime skydiver and recently took up a post as a manager at Music City Skydiving in Waverly, Tennessee.

Unfortunately, on Saturday, August 31st, 2019 – Caleb was involved in a skydiving accident that has left him hospitalized with significant injuries. Fortunately, he will survive, but he has a very long road to recovery ahead – considering the number of bones he broke in the fall.

My dear friend and co-writer Emily Shackelton-James’ husband Caleb was in a terrible skydiving accident this weekend. He…

According to Emily’s post on Facebook, she got a phone call that simply said Caleb had endured a “hard landing” during a skydive and while he was significantly injured – he was responsive and alive.

The next few days, she spent at the hospital and by his bed, reveling in the miracle that he survived and spending time with him and working with doctors to find a path toward recovery.

Other reports have stated his fall was related to his parachute not opening, but nothing official has been released.

Emily explained in her post that Caleb was LifeFlighted to the hospital and suffered from major fractures to his pelvis, sacrum, and even fractured his right orbital bone in his cheek.

Our thoughts and prayers are with Caleb, Emily, and their two young children. To donate to their GoFundMe – visit the fundraiser’s webpage.