By Miranda Raye on January 3, 2019
Advertisement 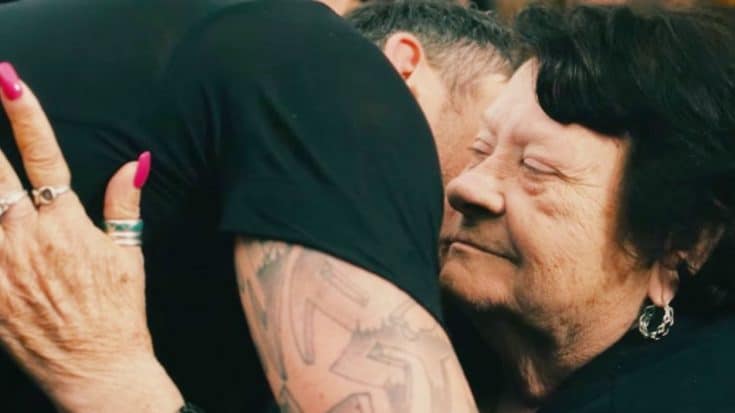 While many people took off into 2019 with a celebratory attitude and a renewed sense of happiness, one country star’s year is starting on a somber tone.

On Tuesday (January 1), country singer Michael Ray took to social media to share some sad news. His beloved grandma had passed away.

Fans got the chance to see Michael’s grandma before, as she made a special appearance in his music video for “Kiss You in the Morning” back in 2015.

He Was His Grandma’s Boy…

Michael’s love for his grandma has always been evident, as he’s often mentioned her during interviews.

For example, when making his TODAY debut in early 2017, Michael shared with hosts Kathie Lee and Hoda that his appearance on the show meant a great deal to his grandma. “This is one of those times my grandmother thinks I finally made it!” he said.

In other words, anyone who has followed Michael for a while knows just how much he loved his grandma

So he was understandably devastated when he got the call that she had passed away on New Year’s Day. Despite his sadness, Michael did find a bit of joy in knowing that his grandma had lived long enough to meet his fiancée, fellow country star Carly Pearce.

“I’m so glad Carly got to meet you she reminds me a lot of you in someways,” he wrote.

When Michael heard the news that his grandma had left this world, one of the first things that came to his mind was an old Merle Haggard song titled “If I Could Only Fly.” Written by Blaze Foley, the song served as the title track to Merle’s 2000 album, though he had been singing the song for years prior.

The song’s heart-tugging lyrics perfectly apply to people in Michael’s position, as they have the narrator lamenting the death of a loved one and expressing their desire to join them in heaven. As the opening of the chorus goes, “If I could only fly, I’d bid this place goodbye, to come and be with you.”

In Michael’s case, he wished that he was able to fly to join his grandma in heaven “just to see the look on papas face.”

The thought of his grandma at last being reunited with his late grandpa, Amos, is what brings Michael a sense of comfort during this otherwise difficult time.

“Pls watch over us it’s not easy letting you go but I know you’re without pain and with papa AMOS,” he wrote.

You can watch Michael’s powerful performance in honor of his grandma by tuning in to the video below. Our prayers are with him and his family in their time of grief. May his grandma rest in peace.

I miss you so damn much already!! “If I could only fly” granny I would have been up there this morning just to see the look on papas face. I don’t know what to say except thank you for all you did for all of us. Im so glad God gave me you as a grandmother you were the definition of strong independent god fearing family woman. I’m so glad Carly got to meet you she reminds me a lot of you in someways. Pls watch over us it’s not easy letting you go but I know you’re without pain and with papa AMOS. This old @merlehaggardofficial song came to my mind this morning when I got the call, you were always in the crowd for me so I felt the need to play it for you. I love you Granny. Love, Ray