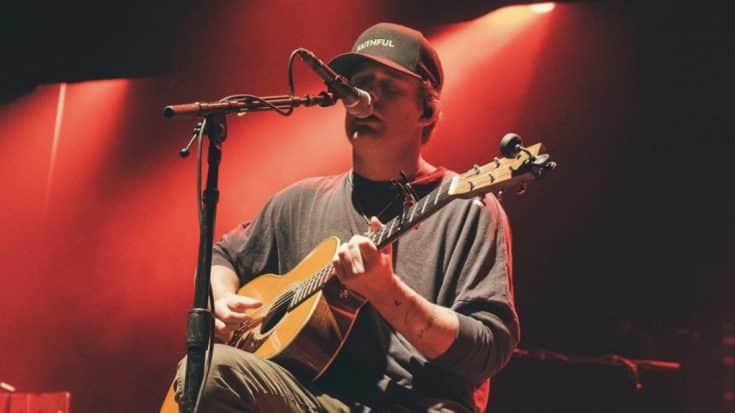 Two men are dead after a stabbing at a bar in Nashville early Saturday morning (December 21). One of those killed has been identified as Clayton Beathard, brother of singer-songwriter Tucker Beathard and son of Casey Beathard, award-winning country songwriter.

The incident took place at the Dogwood Bar on Division Street in Nashville shortly before 3:00 a.m. Police responded to a call saying that three men had been stabbed over an argument involving a woman. Police say that the argument started inside the bar and eventually moved outside as the fight escalated. 22-year-old Clayton Beathard and Paul Trapeni III, 21, were transported to Vanderbilt Medical University Center, where they later died. An unidentified third victim received medical treatment and was released.

Police are still searching for the suspect and released a photo of the man in question. If you have any information about the man in the photo below, call Nashville Crime Stoppers at (615) 742-7463.

Clayton had just finished his junior year at Long Island University, where he was on the football roster for the Sharks. Clayton played in seven games this year before an injury ended his season. Beathard is from Tennessee and went to high school in Franklin, just south of Nashville.

No better way to spend an off weekend than in Pittsburgh watching my little bro @claybeathard play. #LIU

Clayton’s brother Tucker Beathard released his debut country single “Rock On” in 2016. His latest release is “Better Than Me.” Clayton’s other brother, C.J. Beathard, is a quarterback for the San Francisco 49ers.

Beathard’s father is Nashville songwriter Casey Beathard. He has had hits recorded by numerous artists including Kenny Chesney (“No Shoes, No Shirt, No Problem”), Tracy Byrd (“Ten Rounds With Jose Cuervo”), and Trace Adkins (“Just Fishin'”).

Our thoughts and prayers are with the Beathard and Trapeni families.