By Miranda Raye on April 27, 2021
Advertisement 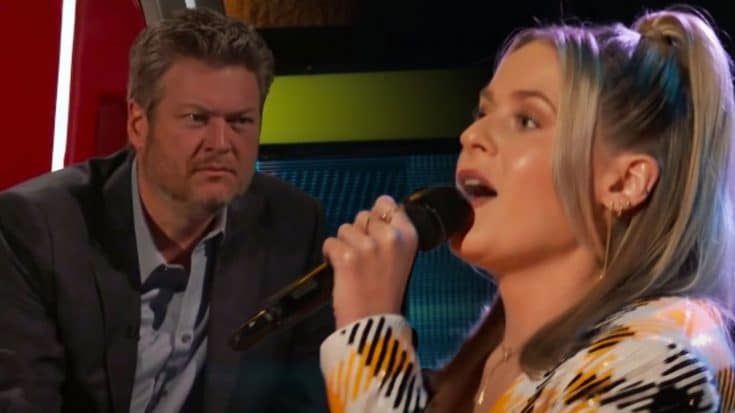 When Emma Caroline took to the Voice stage during the Season 20 knockouts, she was under a level of pressure only three other contestants had to deal with.

While other artists competed in the typical knockouts where they sang against one teammate and their coach picked a winner, Caroline competed in the four-way knockout. She found herself in this position after she lost her battle and her coach, Blake Shelton, chose to save her.

Each coach got one save in the battles. The artists they saved advanced to the four-way knockout, in which they all competed against each other.

Coaches had no say in who won the four-way knockout. Instead, the winner was chosen by viewers’ votes.

Caroline was well-aware of how crucial her performance was. Her future on the show depended on how she performed, and whether or not she impressed the viewers at home.

In that pivotal moment, she turned to a country music staple…Brooks & Dunn’s “Neon Moon.”

Only time will tell if Caroline won over viewers’ hearts with her performance. At the very least, she can feel proud knowing her coach was pleased with what he heard.

Even though Shelton knew he didn’t get to pick the winner of the four-way knockout, he said Caroline was it. “It’s always hard to make these decisions, but the winner of this knockout is Emma,” he joked.

Voting closed at 7 AM ET on Tuesday (April 27), so the winner of the four-way knockout has already been determined. Caroline and Shelton will just have to wait and see if she is the lucky person who earned the most votes.

Check out the video below to see Caroline’s knockout performance of “Neon Moon.” She knew how important this moment was!