By Jennifer Pernicano on October 22, 2019
Advertisement 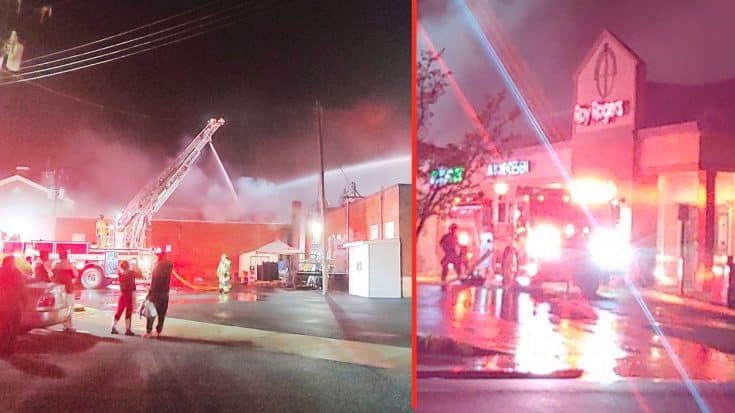 Roy Rogers has been a familiar name for many years, whether it is because of the singer/actor himself, the cherry cola drink, or his namesake restaurant.

Roy Rogers King Of The Cowboys

Posted by Western Trails Stars of the Silver Screen on Tuesday, June 3, 2014

The Roy Rogers restaurant, which adopted the King of Cowboys’ name in 1968, is known for their hamburgers, roast beef sandwiches, and fried chicken.

Just after midnight on Monday (Oct 21), Virginia’s Fairfax County Fire and Rescue was called and a fire was reported in a strip mall on the 1500 block of Belle View Blvd. A Roy Rogers Restaurant is located in said strip mall.

A tweet from Fairfax Fire and Rescue say that “units arrived to find heavy smoke from rear of building.”

At approximately 12:03 a.m., units were dispatched for a fire in a strip shopping center in 1500 block Belle View Boulevard-Belle Haven area. Units arrived to find heavy smoke from rear of building. Sixth alarm eventually requested. Fire is out. Cause under investigation. #FCFRD pic.twitter.com/2R1KwWP3wp

According to NBC Washington Assignment Editor Tom Lynch, the Roy Rogers Restaurant in the shopping center looks to “have taken the bulk of the damage.” He also said most of the roof has collapsed.

The Roy Rogers in this shopping center appears to have taken the bulk of the damage. Most of the roof has collapse. Bulk of the fire has been extinguished. @nbcwashington @AdamJacobs84 pic.twitter.com/n6wr34dPyS

Patch reports that more than 20 businesses were damaged, and NBC’s Justin Finch, who was on the scene, corroborates.

OVERNIGHT FAIRFAX FIRE: More than 20 businesses damaged at the Belle View Shopping Center – most due to heavy smoke. Power cut to effected businesses and nearby area. Power should be restored later in the morning. One firefighter treated for a minor injury pic.twitter.com/aXJEKxjVl8

Due to this morning’s fire at Belle View Shopping Center in Alexandria, our Belle View location will be closed until further notice. Fortunately, there were no serious injuries. We want to thank the Fairfax County Fire & Rescue personnel on the scene, today, and every day. pic.twitter.com/cpgb3tOGeu

One firefighter was injured and the fire has been contained. It’s not clear where the fire actually started and what the cause was.