Son Of Waylon Jennings Has Passed Away

By Manly Bryant on January 25, 2019
Advertisement 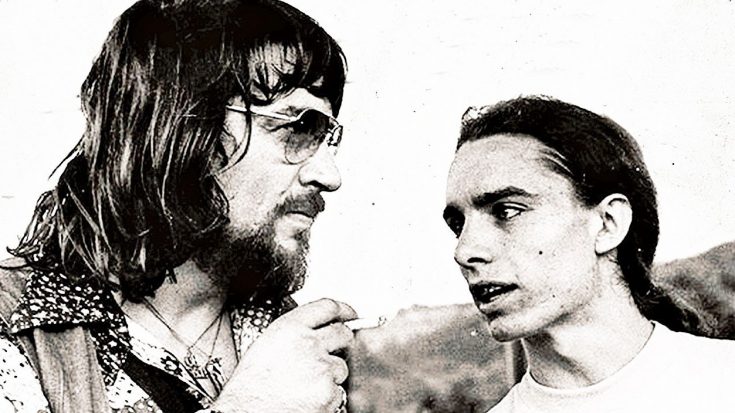 Waylon: Tales of My Outlaw Dad

The world of country music is in mourning after the passing of one of Waylon Jennings‘ sons was revealed earlier today.

Terry Jennings, who was the eldest of six children, passed away in the early morning of January 25th, 2019 at the age of 62, just four days after his birthday.

Terry, who is the brother of Shooter Jennings and father of Whey Jennings, recently released his book about the special relationship he had with his father, Waylon, and the incredible times they shared together.

Titled Waylon: Tales of My Outlaw Dad, this compelling book is a spellbinding account of time with one of country music’s biggest legends and an outlaw icon that is still revered today. The book also explains how Terry followed in his dad’s footsteps and traveled along with him selling merchandise before becoming the tech and stage manager for drummer Richie Albright.

Hey Y'ALL… just received today my copy of "Waylon Tales of my Outlaw Dad" by Terry Jennings with David Thomas… pic.twitter.com/fmYgV3fTq8

Terry was the father of three children, including Whey Jennings, who also fell in love with country music at a very young age – at one of his Grandpa Waylon’s shows, in fact!

“He was just a boy at one of his Grampa Waylon’s shows and his Grama Jessi had just left the stage after singing ‘Storms Never Last’ when she sat her mic in the chair backstage,” his band’s Facebook page states. “Young Whey picked up the mic and pranced out on stage and began singing ‘Mama’s [sic] Don’t Let Your Babies Grow Up To Be Cowboys’. His Grampa then gave a, ‘Hey, hold up there hoss, wait for me’ and went to pickin’ and when the song was thru [sic] the crowd went nuts and it was on that day that Whey fell in love with music.”

Whey’s brother, Josh, shared the news of their father’s passing on Facebook, revealing his deep sense of loss and heartbreak.

Hello everyone,This is Terry's son Josh and with a heavy heart I am here to inform you all that my father passed…

Shooter Jennings, Terry’s brother, also spoke about his passing on social media saying “So sad to see ya go, Terry. I love you,” and sharing some good memories he and Terry had together.

So sad to see ya go, Terry. I love you. My brother Terry turned me onto Alice Cooper, The Moody Blues, Cream, Zeppelin and more. He was that older brother who had the killer record collection and the wild streak. Having one for him today. i listened to “Love It To Death” last night as I was going to sleep in Terry’s honor. Sad day.

Our thoughts and prayers are with all of the Jennings family, friends, and fans who are mourning the passing of Terry today.

To find out more about Terry and his truly remarkable life, jump into the incredible book he wrote about his time with father Waylon and their adventures together. You can find it here.