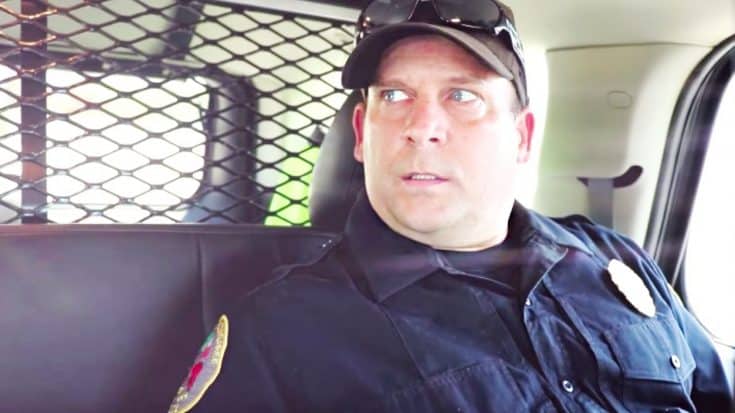 Over the summer and fall of 2018, a new craze took over social media. Called “the lip sync challenge” the challenge was accepted by police departments across the country.

Videos flooded the internet of cops lip syncing and dancing to some of their favorite songs. Sometimes just one cop got involved, while other times entire departments chipped in.

Whether the videos are funny, serious, or more somber, millions have been entertained by them. We’re sure you’ve seen your fair share of lip sync challenge videos yourself!

Standing Out In Sea Of Videos

With so many lip sync videos out there, cops had to do quite a bit to stand out. The South Congaree Police Department was up to it, and issued what may be the most epic video to emerge out of the entire challenge.

The Grammy-nominated song has Urban reflecting on a moment when he and a girl he loved were confronted by the cops after sneaking into an airport to watch planes take off.

Since cops clearly play a big role in “Cop Car,” it was the perfect pick for the South Congaree Police Department to lip sync to. Just the fact that they chose that song could have made their video cool enough, but they took things to the next level with what they created.

Going Above and Beyond

Instead of sitting in their cars or standing and lip syncing, the department took the time to create a full-on music video for their lip sync challenge. The video captures all of the events as they’re depicted in the song, with an officer and his girl being placed in the back of a cop car after watching planes take off at the airport.

There was a bit of a humorous tone to the clip as well, since one of the stars was Crime Prevention Icon McGruff the Crime Dog.

Did you know it’s #nationalnightout? Our neighborhood had a great time celebrating with the local police dept & McGruff the Crime Dog was there too! #familyfun #myboys #mcgruffthecrimedog #blockparty #outdoors

In addition to helping arrest the main officer who starred in the video, McGruff also got in on the lip syncing action.

Coupled with the impressive production value, all of the above mentioned things make the South Congaree Police Department’s lip sync challenge video one of the most impressive we’ve seen. You’re sure to feel the same way when you check it out below!