Southern Chefs Debate Whether To Put Salt On Watermelon Or Not

By Manly Bryant on August 20, 2019
Advertisement 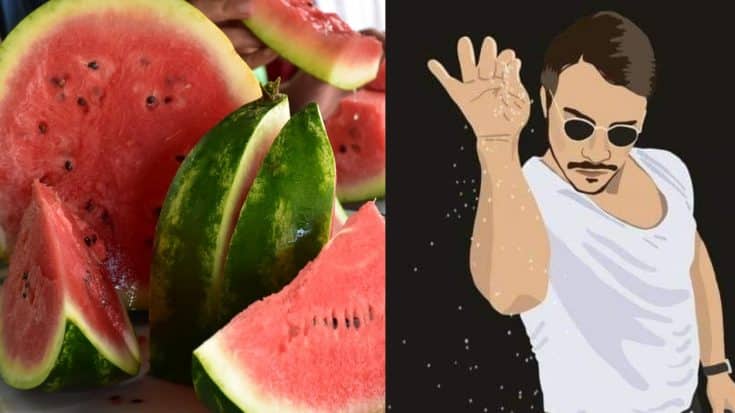 Should You Salt Your Watermelon?

When it’s summertime and you’re searching for the tastiest treat to combat the heat there’s nothing juicier than a red and green watermelon. The question is though… do you eat watermelon like it is or do you put salt on it?

The folks at Southern Thing have gathered a wide variety of opinions from southern chefs who give their thoughts on putting salt on watermelon, and here’s what they had to say.

So there you have it! The expert opinions from the master chefs themselves. It’s always good to hear what the top dogs have to say but everyone is different. What’s your personal opinion on putting salt on your watermelon?