By Jennifer Pernicano on June 3, 2019
Advertisement 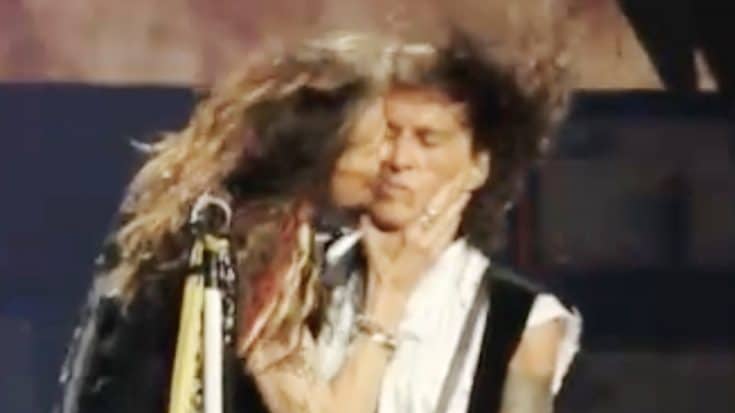 In April 2019, legendary rock band Aerosmith kicked off their Las Vegas residency at the Park Theater at the new Park MGM resort. The show is called Aerosmith: Deuces Are Wild, named after their 1993 song.

Steven Tyler and the band revealed their Vegas residency on The TODAY Show in 2018 saying, “We decided to do Vegas. Viva Las Aerosmith!”

.@aerosmith announces they’re going to have a residency in Las Vegas! #AerosmithTODAY pic.twitter.com/R9tyI27bFW

After the initial announcement of dates throughout April, June, and July, the band added 17 more due to high demand in tickets! The new shows include September, November, and December dates.

During one of the epic shows, Tyler and guitarist Joe Perry were sharing a mic for the song “Toys In The Attic,” and in between lyrics, Tyler grabbed Perry’s face and gave him a big kiss!

What makes Perry’s reaction priceless, is that he had no reaction at all! It didn’t phase him at all.

Check out the smooch in Tyler’s video below.