By Miranda Raye on March 29, 2019
Advertisement 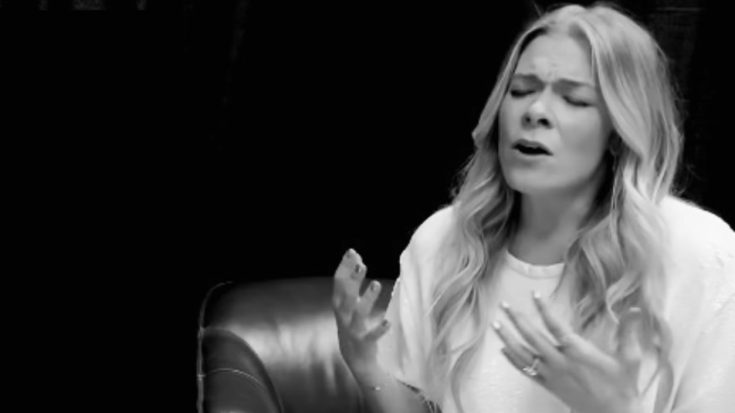 Few artists have been able to leave an impact on the music industry comparable to that of Stevie Nicks. While she may be a rock artist by definition, the outstanding singer and songwriter has influenced artists of all genres, including rock, folk, and of course, country.

Country artists have been covering Nicks’ songs for years. Some choose to turn toward her solo work, while others reimagine songs she created as a member of Fleetwood Mac.

Arguably, the most famous cover of one of Nicks’ songs is a country cover. Of course, the cover we’re talking about is the Dixie Chicks‘ 2002 rendition of Fleetwood Mac‘s “Landslide,” which was written entirely by Nicks.

Besides the Dixie Chicks, other country artists who have covered Nicks’ work include Lady Antebellum, Carrie Underwood, and Keith Urban, just to name a few.

Just as Nicks’ music has inspired country artists, it has also inspired fans of all music genres. That’s why the Rock & Roll Hall of Fame chose to honor Nicks by inducting her into its prestigious ranks…for the second time.

Nicks was previously inducted as a member of Fleetwood Mac in 1998. Her 2019 induction celebrates her work as a solo artist.

To honor Nicks’ induction, one country artist chose to share her own take on one of the singer’s solo tracks. That singer was none other than LeAnn Rimes, someone that Nicks admires and respects.

Years ago, Nicks heard Rimes’ song “Borrowed” and was left in tears after listening to it. So when Rimes decided to reimagine the song for a new album, she asked Nicks if she’d like to sing it with her as a duet. Of course, Nicks accepted.

Time To Reimagine A Rare Track

The respect is mutual where the two artists are concerned, which is why Rimes opted to honor Nicks on the eve of her HOF induction. She did so by releasing an acoustic cover video of Nicks’ song “Crystal,” which appeared on the soundtrack to the 1998 film, Practical Magic.

The song was never released as a single, making it a rare part of Nicks’ catalog that only the most devoted fans have heard before.

Rimes’ version of the song is simply stunning, as she sings with nothing but the sound of her guitar player’s acoustic guitar to back her up. Her gentle voice glides through the song, bringing out the underlying emotions at the perfect points.

Prepare to be enchanted when you watch Rimes’ version of “Crystal” below. If she brought Nicks to tears once before just by singing her own song, we can only imagine what her reaction will be to this cover.