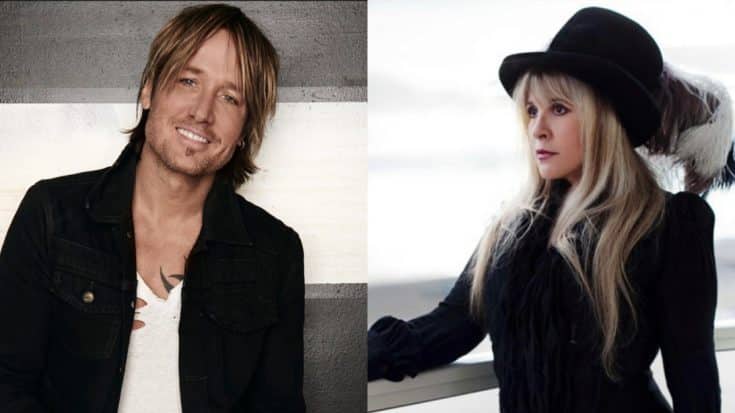 Legendary rocker Stevie Nicks will be joining Keith Urban Music City Midnight, a New Year’s Eve celebration at Nashville’s Bicentennial Capitol Mall State Park. It’s the fourth year in a row that Urban will be headlining the event, but the first time he will be joined by the Fleetwood Mac alum.

“To have someone of the caliber and stature of Stevie Nicks join Keith Urban on stage is an incredible way to cap off the year. Nashville has worked hard to grow New Year’s Eve into a world-class event that brings global attention and economic impact to the city,” Mayor John Cooper said. “Considering the evening’s diverse lineup, national broadcast coverage, and the addition of a Rock and Roll Hall of Fame artist to the program, it’s clear that these efforts are working.”

The free show will also include performances by Ashley McBryde, Jason Isbell and The 400 Unit, The Struts, Amanda Shires, Bren Joy, Kalie Shorr, DJ Dave Aude and the Fisk Jubilee Singers. The event will also include the ceremonial Music Note Drop and fireworks display at midnight. Portions of the concert will be featured on CNN and NBC on New Year’s Eve.

Details of Keith Urban and Stevie Nicks’ joint appearance haven’t been released yet, but we wouldn’t be surprised to see them perform “Stop Draggin’ My Heart Around,” an ’80s hit originally released by Nicks and Tom Petty. Urban has performed the song before with the help of Carrie Underwood during his ripCORD World Tour.

Check out Carrie and Keith’s performance of “Stop Draggin’ My Heart Around” in the video below, and be sure to tune in to CNN and NBC on New Year’s Eve to see a performance from Urban and Stevie Nicks that is sure to be unforgettable.