By Jennifer Pernicano on June 25, 2019
Advertisement 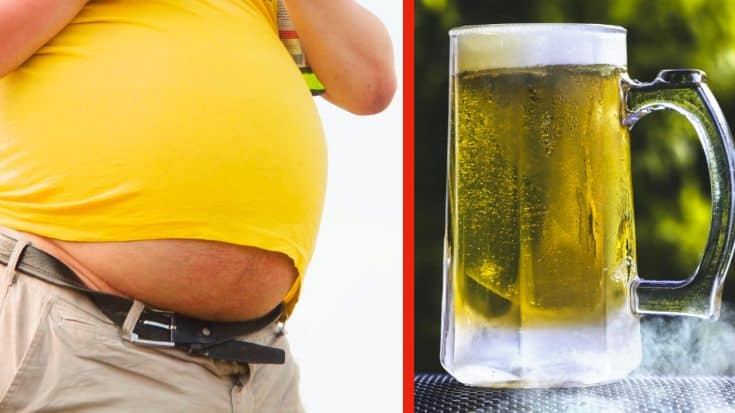 According to some research, six-packs on men are still what girls go gaga for.

But, it seems that they don’t mean this kind of six-pack:

They mean this kind:

Gone are the days of women fawning over super fit men. The new fad is what’s called a “dad bod,” because most men who sport it are fathers. A man is classified to have a dad bod when he sporting a few extra pounds – think 10 to 20 – in their belly, normally caused by beer. Some would call dad bods, “beer bellies.”

Kelton Global recently conducted a study of over 2,000 men and women over the age of 18 think of the “dad bod,” and the results are pretty surprising! The study was commissioned by Planet Fitness in honor of Father’s Day to see what people – regardless if they are parents or not – feel about the dad bod fad.

“Our survey results show the majority of people think positively about dad bods, and men who identify as having them are proud of who they are. That’s exactly how we want all of our members to feel when they come to Planet Fitness,” senior VP of marketing Jessica Correa said.

The study found that 78% of women felt that men with dad bods were confident in their own skin. 47% of women believe dad bods are the new six-pack, while 83% of mothers would be proud and happy to have a husband who rocks a beer-bellied dad bod.

That infamous paunch. Is beer really to blame? Does beer really cause a beer belly? #beer #BeerDay https://t.co/0qS3PFrTKz pic.twitter.com/bIcW31opOs

A professor at Yale named Richard Bribiescas told Viralthread that having a dad bod is actually healthier for you in the long run than a six-pack! Weight gain is caused by lower levels of testosterone, which leads to a stronger immune system. Stronger immune systems lead to a longer life.

“This change in body composition not only causes men to shop for more comfortable trousers but also facilitates increased survivorship and, hypothetically, a hormonal milieu that would more effectively promote and support paternal investment,” he explained.

This is likely the reason why you see young girls with fit guys, but once they are ready to settle down, they tend to end up with a man who is a little more filled out than who she used to go for.