Sugarland Brings Taylor Swift Back To Country With 2018 Song “Babe”

By Manly Bryant on April 20, 2018
Advertisement 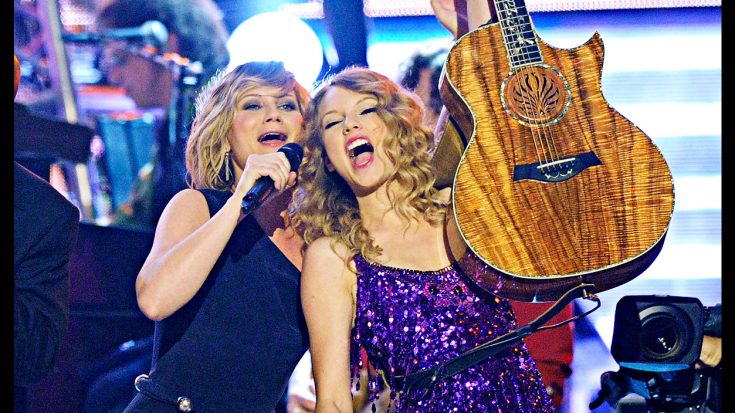 This award-winning duo has done what nobody thought would happen – and they did it in a way that’s sure to be a hit with both country music and pop radio fans!

Sugarland, who came out of hiatus, already have fans shaking in their boots with anticipation of their next hit record. The five-year break allowed both members, Jennifer Nettles and Kristian Bush, time to regroup and come back stronger and – as their album’s titled, Bigger.

Just days before Christmas 2017, Sugarland released their first single in half a decade, titled “Still the Same” and it quickly shot to the No. 1 spot on iTunes’ country chart. Several months later, the pair announced that their new album will hit shelves on June 8th, 2018 and they shared a track listing that had everybody talking.

What was it that started the rumor mill? Well, on the listing was a song that featured former country princess, Taylor Swift – one of her first forays into country music since moving into the pop genre. Her only other step onto the country charts was penning “Better Man” for Little Big Town.

Unlike Little Big Town, Sugarland actually has Taylor Swift singing on the track – which she also co-wrote with Patrick Monahan. The song, “Babe,” details a breakup with the blame pointed squarely at the other person.

“Didn’t want to be the one that got away / Big mistake, broke the sweetest promise that you never should have made / I’m here on the kitchen floor / You call but I won’t hear it / You said no one else / How could you do this, babe?”

As Sugarland revealed in an interview before the 2018 ACM Awards, the song and collaboration came to them when Swift reached out after they announced their reunion.

“She was gracious enough to reach out to us when she heard we were coming back together and doing a record,” Bush recalled. “She said, ‘I have a song, would you like to do it?’ And we said, ‘Uh, yeah!’ I was a little anxious. I didn’t want to mess it up!” Nettles added: “But she loved it and wanted [us] to be a part of it, which is exciting. She said, ‘I have a song,’ and we said, ‘Okay. Send it over.'”

Check out Taylor Swift’s latest return to country music in Sugarland’s video for “Babe” below.