Surfer Gets Attacked By Shark Days After Beaches Open In California

By Manly Bryant on May 1, 2020
Advertisement 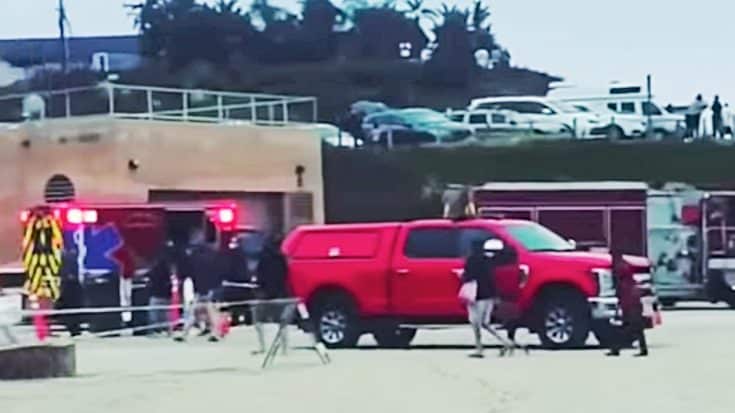 On April 29th, 2020, the police department in Encinitas, California said they were investigating a shark attack that happened around 5:45 pm in the water off C Street and Moonlight Lane.

The surfer said he was floating on his surfboard in about 8-feet of water when he noticed a shark was circling him. The shark kept swimming right up to the surfer and aggressively bumping him so the man kicked at it.

According to Encinitas lifeguard Captain Larry Giles, the shark didn’t bite the young man, however, he was taken by medics to Scripps Memorial Hospital Encinitas with a cut on his foot. Captain Larry said it was not clear on what type of shark it was that attacked the man.

After it happened, a lifeguard spoke over the loudspeaker on the beach that someone was bitten and all the surfers needed to get out of the water. Only days after reopening from the coronavirus pandemic that Monday morning, Moonlight Beach was temporarily closed again for the next 24 hours.

Lifeguards placed signs on the beach a mile north and south of the area to warn people about the shark attack. Jack Shannon who lives in the area says the beach has been chaotic since it opened due to people coming early and staying all evening to watch the bioluminescent light that’s visible at night.