By Miranda Raye on December 26, 2019
Advertisement 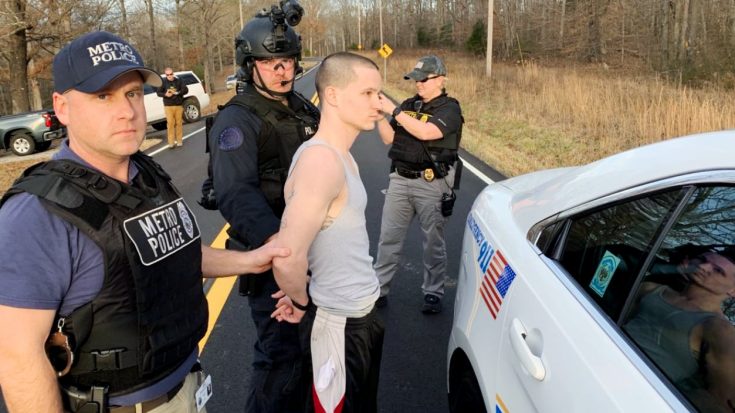 Just before 3 AM on December 21, Nashville police responded to a call about an argument at Dogwood Bar on Division Street. The caller said that three men had been stabbed following an argument over a woman.

Two men were killed in the stabbing, with one of the deceased being Clayton Beathard. The 22-year-old was the brother of country singer Tucker Beathard and 49ers quarterback C.J. Beathard. His father, Casey Beathard, is an award-winning country songwriter.

The other man who lost his life was 21-year-old Paul Trapeni III.

Police soon identified a person of interest…23-year-old Michael D. Mosley. WKRN reported that police were interested in Mosley because he was “strongly believed to have definitive information about the murders.”

WKRN also reported that Mosley was previously charged in 2015 for a stabbing in Bellevue, Tennessee and was also “involved in a violent brawl that included more than 50 inmates at the Cheatham County jail” in March of this year.

Police issued a photo of Mosley to the public.

LATEST: Metro police have identified a 23-year-old man wanted for questioning in the fatal stabbing of two people outside a Midtown bar over the weekend. @WKRN https://t.co/LsShRNgLgO

The Metro Nashville PD shared photos of Mosley’s arrest on Twitter. “Mosley will be booked later today on 2 counts of criminal homicide and 1 count of attempted criminal homicide for Saturday morning’s stabbing of 3 men, 2 fatally,” read the department’s initial tweet about his arrest.

In another tweet, police wrote that Mosley “surrendered from a vacant home on Petway Rd in Cheatham County after it was surrounded by law enforcement.”

Michael Mosley surrendered from a vacant home on Petway Rd in Cheatham County after it was surrounded by law enforcement. He was there alone. MNPD SWAT, TBI, U.S. Marshal's Fugitive Task Force & Midtown Hills Precinct detectives teamed up to make this happen. pic.twitter.com/NcnBcBHIuT

Later in the day, police indicated that a judicial commissioner “ordered that Michael D. Mosley be held without bond on the two criminal homicide charges against him.”

The department wrote that a $5,000,000 bond was set on the attempted criminal homicide charge against Mosley.

You can tune in to the below video to catch a news report about Mosley’s arrest.

Our hearts go out to the Beathard and Trapeni families during this sad time. We’ll be keeping them in our prayers.

The Beathard family released a statement to The Tennessean about Clayton’s passing, saying, “He will be missed. That is an understatement. Nobody’s light shined like his when he smiled.”