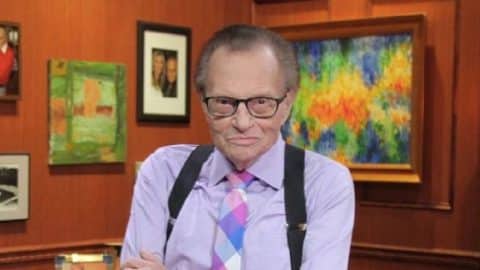 Legendary talk show host Larry King passed away Saturday morning (January 23) in Los Angeles at the age of 87. The exact cause of death wasn’t revealed, but he had been hospitalized in late December with COVID.

The news of King’s death was announced on his official Facebook page with a statement from Ora Media, a television studio and network founded by King. The statement read:

“With profound sadness, Ora Media announces the death of our co-founder, host, and friend Larry King, who passed away this morning at age 87 at Cedars-Sinai Medical Center in Los Angeles.”

The statement went on to praise King’s 63-year career on radio, television and digital media. “Larry’s many thousands of interviews, awards, and global acclaim stand as a testament to his unique and lasting talent as a broadcaster. Additionally, while it was his name appearing in the shows’ titles, Larry always viewed his interview subjects as the true stars of his programs…”.

Larry King hosted the Larry King Show on CNN for 25 years and was known for his unbiased treatment of his guests that included Presidents, celebrities, and other newsmakers. He was known among his peers for his lack of preparedness prior to interviews. While he was well-educated about current events and his guests, he didn’t abide by a script, instead choosing to let the interviews take on lives of their own.

Larry King endured numerous health issues over the years, including heart attacks and cancer battles. In 1987, he underwent quintuple bypass surgery and shared in 2017 that he had been diagnosed with lung cancer. He underwent a successful surgery to treat the cancer that year.

Larry King was married eight times to seven different women and is survived by three sons: Larry Jr., Chance, and Cannon. He was preceded in death by two of his children who both died in 2020. His son, Andy (65), suffered a heart attack and daughter, Chaia (52), passed away shortly after being diagnosed with lung cancer.

Our thoughts and prayers are with Larry King’s family and friends.