By Miranda Raye on January 17, 2019
Advertisement 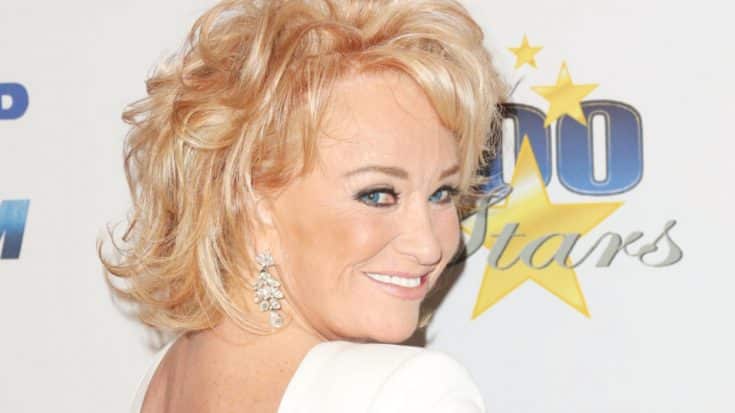 At the age of 13, Tanya Tucker made her country music debut with the single, “Delta Dawn.” The song was a huge success, and instantly put the husky-voiced girl from Texas on the map.

Since she was so young when she first came on the scene, Tucker’s appearance changed dramatically in the first few years of her career. As her appearance changed, so did her image, as she strived to push a sexier vibe than she had before.

This image came out in full force on her 1978 album TNT, which also featured more of a rock and roll influence than her previous releases. It was certainly a risk to go for an image shift so early in her career, but it worked. TNT was a chart success, and is the second-highest charting album of her career.

Changing Up Her Look

In the early years of her career, Tucker was known for her bouncing blond curls. But as the years passed, Tucker traded in her curls in favor of straighter and wavier looks.

While the changes that Tucker has made to her hair have been fairly minor within recent times, they are pretty frequent. She often chops her hair into a new shape after it reaches past shoulder length.

For example, there was the time she rocked a straight bob cut at the 2016 CMA Awards.

On top of changing the length of her hair, Tucker also likes to play with the color. In the past, she has always chosen to maintain her blond hue, but has occasionally popped a little bit of pink in there as a fun accent.

Back in 2016, the country music icon was sporting bright pink streaks in her hair when she sat down for an emotional interview with Dan Rather.

After rocking a short, choppy bob within recent months, Tucker decided to change up her look yet again. And this new “do” is undoubtedly her most extreme of them all!

Fans first got a little peek at Tucker’s change in appearance when she posted a series of photos on Instagram a few days ago. Tucker was wearing a hat in the pictures, but eagle-eyed fans could tell that her hair looked a lot less blond than it had the last time she shared a snapshot.

Sure enough, Tucker unveiled her bold new hair color on Wednesday (January 16). Instead of just adding a few pink streaks in her blond hair, she dyed her whole head bright pink and left just a small portion of blond at the front!

“#pinkhairdontcare” Tucker captioned the post, which contained a video of her showing off her new look while blowing a kiss to the camera.

Tucker chose to dye her hair the bright pink hue in support of a dear friend of hers, who is currently fighting breast cancer. With pink being the color of breast cancer awareness, Tucker dyed her hair that shade to show support.

She looks so different, doesn’t she? The new look is definitely going to take some getting used to, because it’s unlike anything she’s ever tried with her hair before!

To see how much of a transformation Tucker just went through, check out the video below of one of her most recent performances.

What do y’all think of Tucker’s new hair color? Are you loving the bright pink? Wish she’d go back to blond? Or do you think she should try another color…maybe a bright blue?