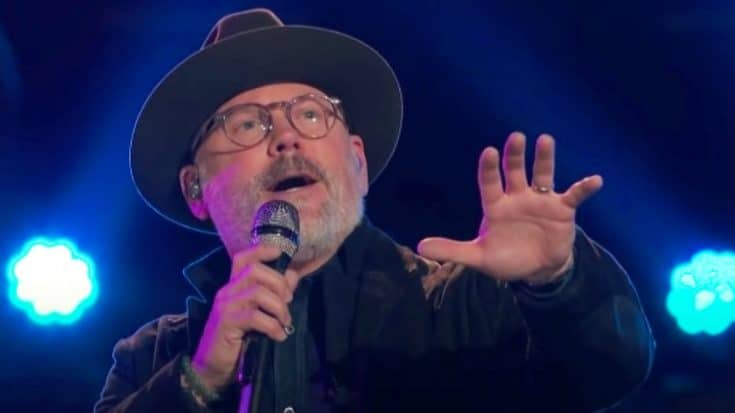 When Blake Shelton turned around for a a cover of “Can’t Find My Way Home” during the blind auditions, he found himself looking at a familiar face…though he didn’t recognize him at first!

Pete Mroz was the singer who caught Blake’s attention. As he introduced himself, he revealed that he and Blake used to be in a band together called The Young Riders.

He used to sing under the name Pete Mitchell, and it had been over 25 years since he and Shelton had seen each other. So that’s why Blake didn’t recognize him right away!

Talk about a full circle moment @pete_mroz! I’m excited to be working with you again man!! #TeamBlake #TheVoice pic.twitter.com/96UsSf40kw

Mroz remained on Team Blake through the battles and the knockouts. He then advanced to the live shows as a member of the Top 17.

During the first live show, Mroz delivered a cover of Pat Benatar’s “We Belong” that impressed his coach and many Voice viewers. But during the first results show, Mroz learned he would have to compete for the Instant Save.

The four singers who fought for the Instant Save each performed a song. For a short while, viewers were able to vote for their favorite performance, and whoever earned the most votes advanced to the next round of the competition.

Mroz ended up singing a huge country hit during his Instant Save performance…Dan + Shay‘s #1 song from 2018, “Speechless.”

Although Mroz put his best foot forward and performed well under pressure, he didn’t end up winning the Instant Save. The win went to Team Kelly’s Corey Ward instead.

Check out the video below to watch Mroz deliver his Instant Save performance of “Speechless.” We’re sad to see him leave The Voice, but have faith this won’t be the last we’ll hear of him!