By Miranda Raye on November 24, 2020
Advertisement 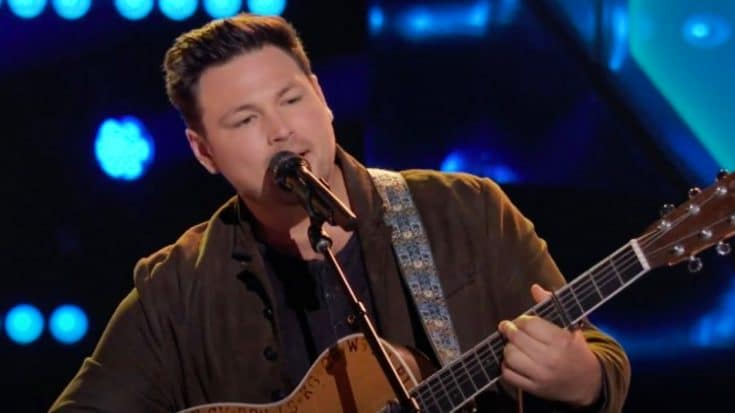 Blake Shelton has been on The Voice for all 19 of its seasons. He’s won seven of those 19 seasons, and could stand a chance to win an eighth with his team member Ian Flanigan.

After being on The Voice this long, Shelton knows talent the second he hears it. That’s why he knew he had to flip his chair for Flanigan’s blind audition performance of Zac Brown Band‘s “Colder Weather.”

Surprisingly, Shelton was the only coach who turned for Flanigan’ performance. Though the other coaches soon realized that they missed out on an extraordinary vocalist.

Flanigan competed against Aaron Scott during the battles. The duo sang Creedence Clearwater Revival’s “Have You Ever Seen the Rain?” and blew the coaches away.

Even though Scott delivered a top-notch performance, none of the coaches could deny Flanigan’s talent. “I was like, glued to you,” Kelly Clarkson told him. She also mentioned that Flanigan has one of her favorite voices on the show.

Shelton agreed, and chose Flanigan as the winner of the battle.

When explaining his choice, Shelton said he felt Flanigan could be the “dark horse” of the season that goes on to win it all. The performance Flanigan delivered during the knockouts only cemented those feelings.

While both artists gave their performances their all, the coaches couldn’t get over the unique sound of Flanigan’s voice.

“Ian, the music comes through you in such a pure way, like almost in a way like, if you didn’t have the music, something would be wrong in your life. And I love that about your voice,” Gwen Stefani commented.

Shelton praised both artists, addressing Pyle first and then Flanigan.

In the end, Shelton knew he couldn’t let someone with a voice like Flanigan’s leave the show. So he chose him as the winner of the knockout.

Check out the video below to watch both Flanigan and Pyle’s knockout performances and see if you agree with Shelton’s choice.