By Jennifer Pernicano on December 1, 2020
Advertisement 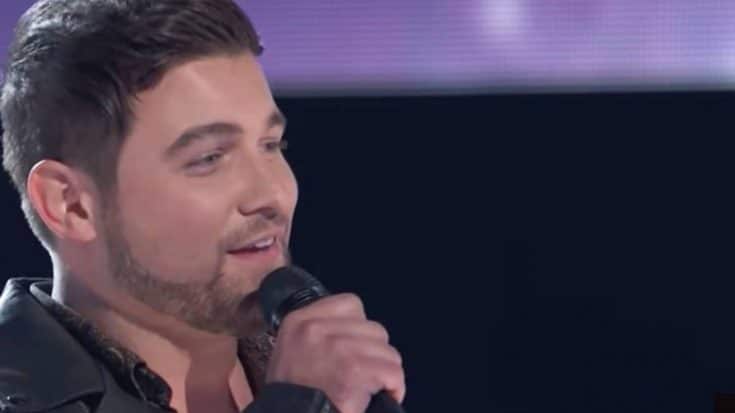 During Monday night’s (Nov. 30) episode of The Voice, Team Kelly was one member short. Ryan Gallagher had Kelly Clarkson and Blake Shelton fighting over him after his Blind Audition.

He then won his Battle Round, which moved him on to the Knockout Round. He competed in the rare 4-Way Knockout Round last week and the winner was supposed to be revealed on Monday (Nov. 30).

But, host Carson Daly announced that Gallagher was no longer in the competition.

“Last week, one artist from each team competed in a heated Four-Way Knockout. Will Team Blake’s Taryn Papa, Team Legend’s Julia Cooper and Team Gwen’s Larriah Jackson all join me now? As a side note, Team Kelly’s Ryan Gallagher had to exit the competition so the Four-Way winner was decided with the votes received from these three remaining artists,” Daly said.

There was no other mention of the opera singer in the episode, which left fans with lots of questions as to why he was no longer on the show. It was previously revealed that his mother was battling COVID-19, so many thought it had something to do with her health.

The singer took to his Instagram stories during the episode to say, “Thank you everybody for your concern for my family. However, everybody’s fine, that’s not the cause of what happened tonight on ‘The Voice.’ I didn’t drop out of the show. Details are still to come, I’ll keep you posted.”

He also shared a photo of himself wearing a tuxedo with, “2020 you are an interesting one,” written in his bowtie.

Entertainment Tonight reported that Gallagher was forced to leave the show because he “broke The Voice’s strict COVID protocols out of concern for keeping the coaches, crew and fellow competitors safe.”

We wish Gallagher the best! Watch his final performance on The Voice below.