By Manly Bryant on August 5, 2019
Advertisement 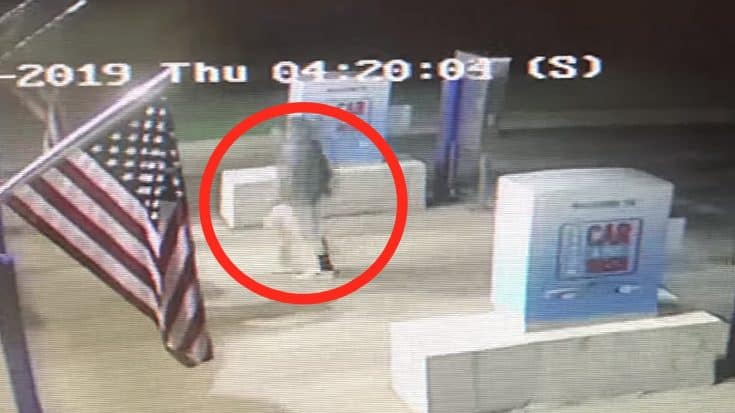 In the city of Pacific, Missouri at 4:30am in the morning a teen is seen stealing an American flag outside a local businessman’s establishment. The 19-year-old teenager, Keaton Chandler was captured on video and end up receiving a very patriotic punishment for it.

The establishment is Beacon Car & Pet Wash and is owned by a military veteran named Bill Hoaglin who came into work the next morning and noticed one of his three flags was missing. After watching the security camera footage Bill decided to post the video to Facebook in attempts to get help with finding out who the thief was.

“I got quite a few anonymous tips,” Bill said.

Eventually, people started to point the finger towards the teenager and Keaton turned himself in. Keaton reached out to Bill with a message saying if Bill removes the video from facebook he’ll return the flag. Bill being a good guy told him that he’ll remove the video but he’s got to agree to a different deal.

The Deal Instead Of Pressing Charges

The deal was that he’ll remove the video and not press charges only if Keaton does community service at his carwash by handing out 150 mini American flags to the customers he provides service to.

“As a former police officer of 18 years who specialized in community issues, Bill offered Chandler a deal: Return the flag and avoid criminal charges by carrying out a symbolic punishment.”

Bill wanted to not only make sure that Keaton made up for stealing the flag but also to learn the importance of what the flag stands for. Having to hand out over one hundred flags was a true patriotic punishment that made Keaton realize his mistake and gain a better appreciation of what the flag really means.