“Terrorized” By Wild Hog, Texas Man Kills It With Crossbow

By Manly Bryant on February 13, 2020
Advertisement 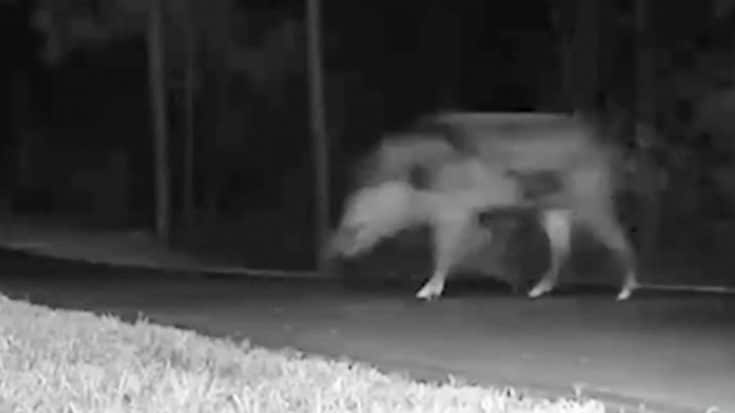 A Montgomery, Texas family was terrorized by a wild hog early in the morning on February 12th, 2020 –  before the husband killed it with his crossbow.

Around 4 a.m. that morning, he was awoken by his dogs barking ferociously in the back yard, he told Click2Houston.com, so he set out to investigate the disturbance. The dogs, who were only kept in the yard by an invisible fence, were the first victims of the hog’s maniac rampage.

Initially believing it to be a coyote, the homeowner (who asked to remain anonymous) says that he didn’t realize what kind of an animal it really was until the outdoor spotlights lit up the yard.

The pig then saw the man trying to hide on the other side of the fish pond and charged at him, breaking the wooden pond enclosure and then pursuing the man again.

About this time, the man’s wife came into the back yard to see what was going on and the pig turned its rampage toward her. They both ran back inside the house – and this is when the man had enough and sought out to end it with a weapon.

“I told my wife that I needed to do something,” the homeowner continued. “I didn’t want to fire a weapon and scare the neighbors. So I went to the garage to get my crossbow loaded and came out the back of the house.”

As the pig charged at him again, he loaded the crossbow and pulled the trigger – luckily taking the ferocious beast down in the pitch dark environment of the early morning.

Now, the man says, he’s decided to keep the pig. He will have it stuffed and mounted.

Check out the whole news story below.